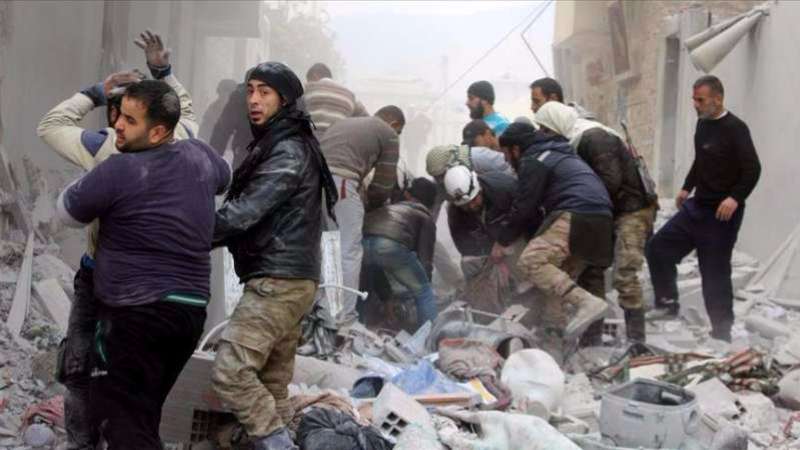 Jisr al-Sheghoor - file photo
__new_Underarticle_image_EN__
Orient Net - Special
A pregnant and two children were killed and many other civilians were injured when Russian jets hit one of the neighborhoods in the city of Jisr al-Sheghoor in Idlib countryside, Orient correspondent said.
Civil defense volunteers rushed to the scene of the Russian air attacks to recover the bodies which were stuck in the rubble.
Eye witnesses said that these air attacks were the second Russian violation of the Syria truce after Assad barrel bombs were dropped in other towns and cities of Jisr al-Sheghoor.
One of the locals spoke to Orient News and said that Russia and Assad are alike, they do not recognize any truce and do not regard any ties of a covenant.
It is worthy to note that a US-Russian truce came into effect Friday midnight after a resolution which was unanimously passed by the members of Security Council.