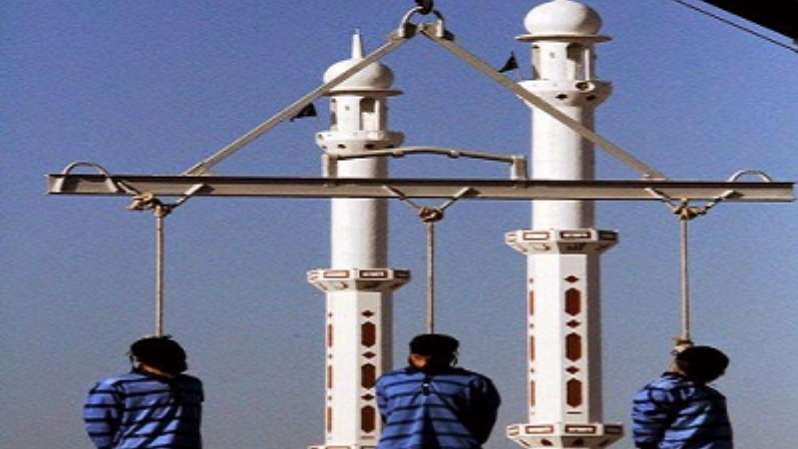 Slow strangulation in public executions in Iran
Orient Net - NCRI
The authorities in Iran have “severely curtailed the rights to freedom of expression, association and assembly, arresting and imprisoning journalists, human rights defenders, trade unionists and others who voiced dissent, on vague and overly broad charges,” Amnesty International said in its annual report on violations of human rights in Iran.

“Torture and other ill-treatment of detainees remained common and was committed with impunity; prison conditions were harsh. Unfair trials continued, in some cases resulting in death sentences.”

“Women and members of ethnic and religious minorities faced pervasive discrimination in law and in practice. The authorities carried out cruel punishments, including blinding, amputation and floggings. Courts imposed death sentences for a range of crimes; many prisoners, including at least four juvenile offenders, were executed.”

Detainees and sentenced prisoners were denied adequate medical care; in some cases, the authorities withheld prescribed medications to punish prisoners, or failed to comply with medical doctors’ recommendations that prisoners should be hospitalized for treatment. The authorities also frequently subjected detainees and prisoners to prolonged solitary confinement amounting to torture or other ill-treatment.

"Courts continued to impose, and the authorities continued to carry out, punishments that violate the prohibition of torture and other cruel, inhuman or degrading punishment. These were sometimes carried out in public and included flogging, blinding and amputations. On 3 March the authorities in Karaj deliberately blinded a man in his left eye after a court sentenced him to “retribution-in-kind” (qesas) for throwing acid into the face of another man. He also faced blinding of his right eye."

The report by Amnesty said: “The authorities continued to use the death penalty extensively, and carried out numerous executions, including of juvenile offenders. Some executions were conducted in public.”