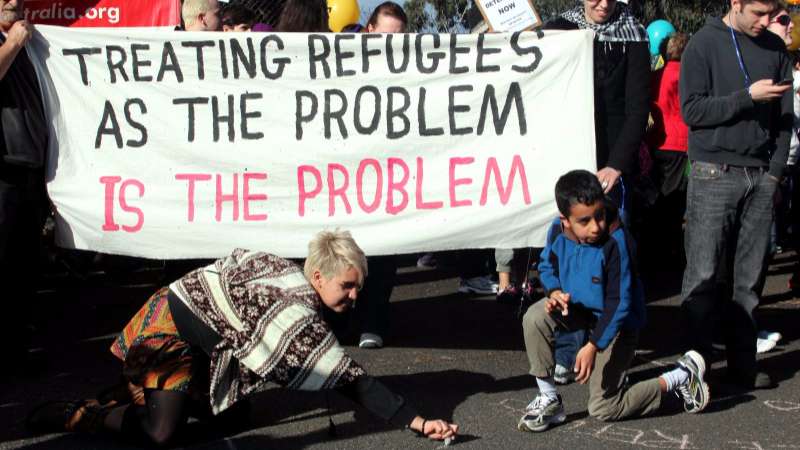 Orient Net - Agencies
Australia has been accused by an international human rights organisation of violating international law through its "hard-line" immigration policies, ABC News reported.
In its annual report released on Wednesday, Amnesty International named Australia as one of the countries in the Asia-Pacific violating international law by "forcibly returning asylum-seekers to countries where they would face a real risk of serious violations".
Citing an "ongoing harsh approach towards refugees and asylum seekers", the report also highlighted the allegation of rape and sexual assault in Nauru’s offshore processing centre.
"In March, the Government released an independent review of the Nauru centre, which documented allegations of rape and sexual assault including of children as well as cases of harassment and physical assault," it stated.
"The Australian Government accepted all of the recommendations, but despite this in August a Senate report stated conditions were not adequate, appropriate or safe."
It also mentioned that the opening of the centre had led to "numerous human rights abuse" and the lack of a child protection framework.
The report also cited concerns over "prolonged and arbitrary detention" on Manus Island.
The recent report comes in the wake of Human Rights Watch’s annual report, which urged the Federal Government to rethink its "abusive" policies on asylum seekers and refugees, Naharnet reported.
The organisation’s Asia director Brad Adams called on Australia to redeem its reputation, citing a "harsh" turn-back policy as well as mandatory detention for unauthorised arrivals and allegations of sexual assault within immigration detention centres.
"Australia needs to seriously rethink its abusive refugee policies and take steps to restore its international standing as a rights-respecting country," Mr Adams said.
Amnesty’s Australia head Claire Mallinson called for an independent review into allegations that Australian authorities paid crew on a people-smuggling boat US,000 to return 65 asylum-seekers to Indonesia, AFP reported.
At the same time, Mallinson said despite Canberra’s pledge to resettle 12,000 Syrian refugees amid the crisis in Europe, only 26 had arrived in Australia.
"They’ve only actually resettled 26 so far. Over the same time period, Canada has resettled 25,000," Mallinson said.
"There are far more refugees globally than there ever has been. It’s time that countries like Australia lifted their game and said we have the responsibility here to share with the rest of the world."