MSF: One third of killed or wounded in Syria are women and children 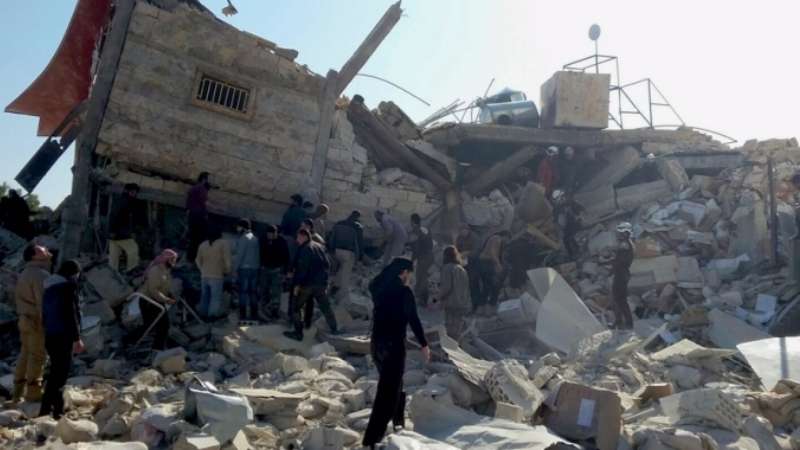 MSF: One third of killed or wounded in Syria are women and children

More than one third of the killed or wounded are women and children, Médecins Sans Frontières (Doctors Without Borders) said in a report issued about the humanitarian situation in Syria.

Syrian civilians are under relentless attack in Syria’s five-year-old conflict, with 1.9 million people under siege, borders closed to refugees, and rampant bombings of medical facilities and heavily populated areas, the international medical humanitarian organization warned today, calling on permanent UN Security Council member states involved in the Syrian conflict — specifically France, Russia, the UK, and the US — to ensure that they and their allies abide by the resolutions they have passed to halt the carnage.

The report issued today revealed details about the toll of the conflict on civilians, based on data from 70 hospitals and clinics that MSF supports in northwestern, western, and central Syria. In all, 154,647 war-wounded people and 7,009 war-dead were documented in the facilities in 2015, with women and children representing 30 to 40 percent of the victims.

__new_in_first_article1__
The medical data MSF has documented provide evidence that civilians and civilian areas continued to be devastated—whether targeted or indiscriminately struck—in the brutal conflict.

"While the data we collected are staggering, they are just a snapshot of a larger toll," said Dr. Joanne Liu, international president of MSF. "Those injured or dying beyond health facilities supported by MSF remain uncounted. The true situation is very likely far, far worse."

The data released by MSF reveal that 63 MSF-supported hospitals and clinics were bombed or shelled on 94 separate occasions in 2015, destroying 12 facilities and killing 23 staff members. So far this year there have been seven further strikes on six MSF-supported medical facilities.

"Permanent members of the UN Security Council, four of whom are actively involved in the war in Syria, must answer for their failure to uphold their most basic responsibilities toward civilians," said Dr. Joanne Liu. "The council’s own resolutions prohibit attacks on civilians, attacks on medical facilities, sieges, and starvation tactics, and yet this is exactly how the war is being waged with their participation."
قيم هذا المقال 14 0