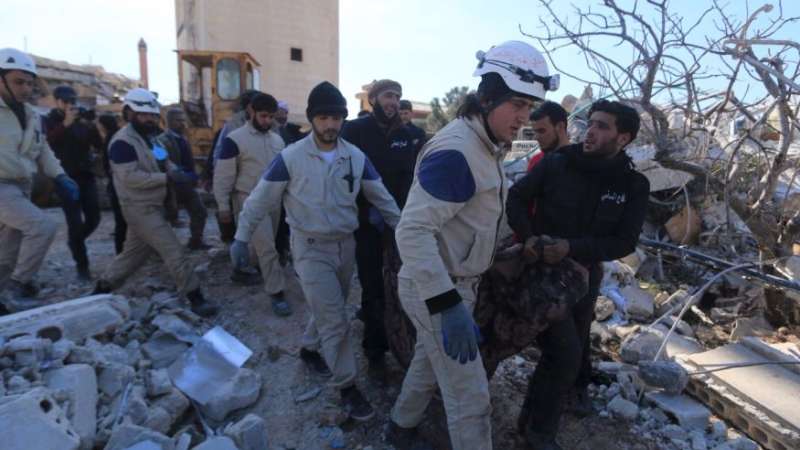 FOXNEWS' image
The death toll from a Russian air strike on a Doctors Without Borders-backed hospital in Syria has risen to at least 25, the organization said Wednesday.
Nine hospital staffers and 16 other people were killed, including a child, Doctors Without Borders Spokesman Tim Shenk said. The dead included patients. At least 11 people, 10 of them staffers, were injured.

__new_in_first_article1__
The previous death toll was 11.
Doctors Without Borders, also known by its French acronym MSF, has said the air strike on the hospital in the northern Syrian Idlib province appeared to be deliberate.
MSF said the hospital in the town of Maaret al-Nuaman in Idlib province was hit four times in attacks that were minutes apart. The attack left the local population of around 40,000 without access to medical services, said MSF mission chief Massimiliano Rebaudengo.
قيم هذا المقال