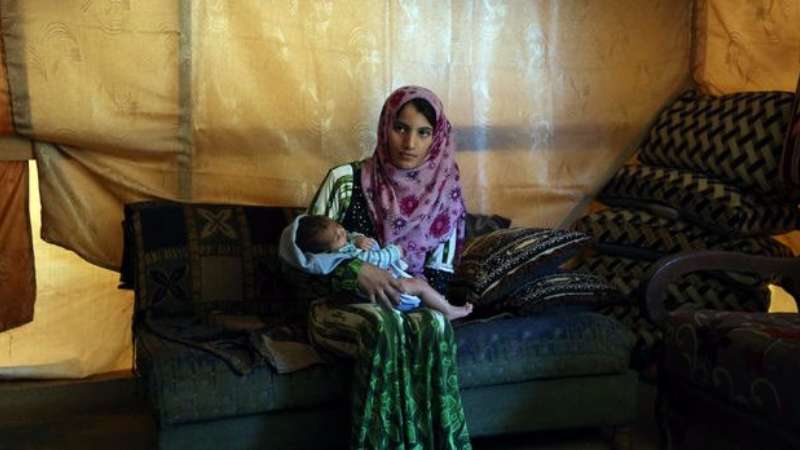 Syrian refugee woman in Lebanon
Orient Net - Syria Deeply
Syrian refugee women in Lebanon are at risk of being exploited by people in positions of authority, in part because of the government’s refusal to renew residency permits for Syrian refugees and a severe lack of international aid money, according to Kathryn Ramsay, a gender researcher with Amnesty International and author of a new report on the topic.
The U.N. refugee agency (UNHCR) halted all registration of incoming Syrian refugees in Lebanon in 2015 due to governmental pressure, and introduced new regulations that have made it increasingly difficult for refugees to renew their residency status in the country.
Without legal residency, refugees face arbitrary arrest, detention and potential deportation – consequences that leave many afraid to report cases of abuse to Lebanese authorities.
“The majority of refugees from Syria in Lebanon are struggling to survive in often desperate conditions,” said Ramsay. “They face widespread discrimination and major obstacles in obtaining food, housing or a job.”
Nearly 70 percent of Syrian refugees in Lebanon live well below the Lebanese poverty line.
“For women refugees surviving in such circumstances can often be even more difficult, with many – particularly women who are the heads of their households – at increased risk of harassment, exploitation and abuse at work and in the streets,” Ramsay said.
The international humanitarian response to the crisis in Syria has been consistently underfunded. Last year, for example, the U.N. only brought in 57 percent of the funds it requested for its aid work in Lebanon.
But regardless of the tough circumstances, Ramsay said, Syrian women refugees in Lebanon are resilient. "One thing that struck me from speaking to these women, and from looking at how the refugee crisis is being covered in general, is the fact that a lot of the coverage is really victimizing," she said. "What I got from these women is that, yes, they’re in terrible situations, they’re really struggling, but they are so determined to do the best that they can for their families."
"I don’t think the resilience and the fact that they’re pretty amazing in how they keep going and doing whatever they can, they’re working when maybe they didn’t work before when they were in Syria, but they’re taking on responsibilities for their household."