The matriarch of the dictator 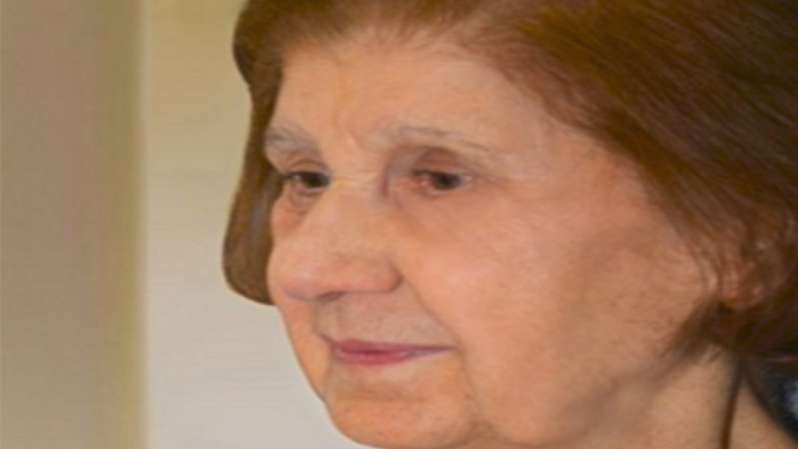 Orient Net - International Business Times
Aniseh Makhlouf, who died on 6 February aged 86, had been at the heart of Syrian politics for almost half a century, first as close confidant to her husband, former dictator Hafez al-Assad, and then to her son, Bashar. She was not just the powerful matriarch to the Assads, but also to her own Alawite clan, the Makhloufs, who dominate Syria’s elite.
Her nephew, Rami Makhlouf, is Syria’s richest man, a telecommunications tycoon who is worth an estimated USbn (£4.17bn). To Syrians, he is emblematic of the rampant corruption and nepotism that has governed the country for decades and was vilified by demonstrators in the 2011 protests.
Aniseh married Hafez al-Assad in 1957 and became first lady when the former air force lieutenant became president in 1971. When Bashar al-Assad took power in 2000 on his father’s death, Aniseh became a valued advisor, although her relationship with his wife, Asma, a British-born Sunni, was rumoured to be strained.
They have used Syria as private property and that is how they have conducted their response to the crisis.
In the days following her death, it has been argued that Aniseh’s counsel was behind Bashar’s brutal crushing of the 2011 pro-democracy protests that quickly descended into the armed uprising that has decimated Syria today. But some observers claim that, while clearly influential, there is no firm evidence that she played the decisive role.
"There is very little we know for sure about Aniseh Makhlouf," said David Lesch, professor of history at Trinity University in San Antonio, Texas and author of Syria: The Fall Of The House Of Assad.
"I have seen no evidence [that] Aniseh advised Bashar to take a hard line against the protesters. In my view, Bashar did not consent to a harsh crackdown because Mommy told him to do it; rather, he did so [because] he was convinced by his security chiefs that they could put down the uprising in a matter of weeks [...]."
One rumour about the mysterious matriarch that does appear to ring true, however, is that of tension between her and Asma, Bashar’s young wife, a former investment banker. "Both lived under the same roof prior to the uprising, and with Asma being such a strong personality who certainly had the ear of her husband, I cannot imagine there were not some underlying tensions," said Lesch.
Nor is there any doubting the dominance of the Assad and Makhlouf families over both the Syrian economy and the organs of the state, particularly when it comes to Rami Makhlouf, said Julien Barnes-Dacey, a Syria-focused analyst at the European Council on Foreign Relations.
"The Makhloufs are tied by blood to the Assads – there are no real gaps between them – [and] Rami’s policies of taking economic ownership and exploiting national institutions for the family’s benefit played a big role in the sense of corruption and inequality that fed the uprising," he said.
"It is worth saying that that mafia-like takeover of the state – whether that is airlines, oil or telecommunications – was very much done for the benefit of the wider Assad-Makhlouf family. He was an agent of enrichment for the Assad family at large. They all bear a common responsibility for what happened."
Barnes-Dacey said that the Syrian revolution and the war that followed it has only served to strengthen the nepotistic and familial ties between the Assads and the Makhloufs in Syria. And as Bashar looks to be on the front foot, ahead of the regime’s offensive on Aleppo, this is unlikely to change.
"The regime has had to fall back on family first and foremost and those around Assad are principally key family members [...] driving much of what goes on in Syria. Above and beyond the sectarian dimension, there is a family dimension. They have used Syria as private property and that is how they have conducted their response to the crisis," he said.
Others feel that the length and ferocity of the conflict has weakened the Assad-Makhlouf clan, which has forced Bashar to disperse power and promise benefits to local, regional and international actors. He will have to make good on those promises when and if the war comes to an end. Equally, argues Lesch, the war has awoken Syrians and irreparably damaged the reputation of the Assads.
"The legitimacy to rule of the clan has been weakened regardless of how the conflict progresses or ends, and ultimately power will perforce devolve away from them because of this amid the empowerment of most of the Syrian populace that has had to get along without much of the state for a long time now," he said.
As for Aniseh, the Assads may miss her ability to take the heat out of family tensions, such as when Rifaat al-Assad, Hafez’s brother who now lives in exile in Paris and London, attempted a coup in 1983. Historian Patrick Seale wrote that Aniseh was instrumental in defusing the situation.
"She did play a mediating role amongst family members from time to time, so the loss of that might heighten intra-familial tensions, especially if the current up-tick in regime fortunes again goes into reverse," said Lesch.
Orlando Crowcroft in The International Business Times