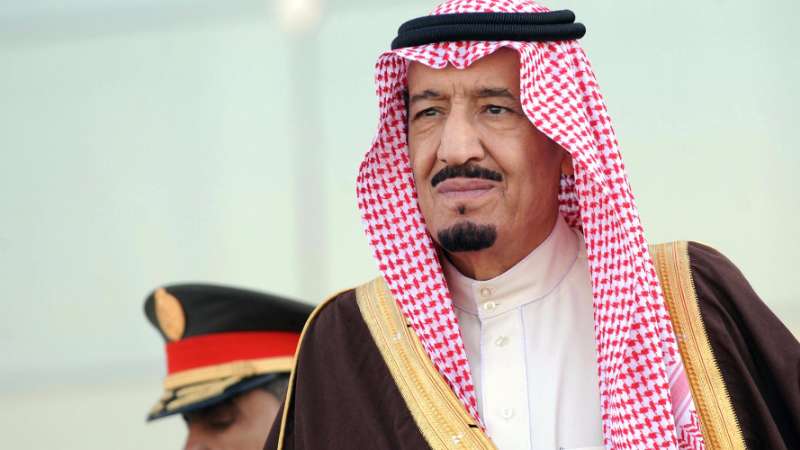 King Salman Bin Abdulaziz
Orient Net - MEM
When the US formed its anti-Daesh coalition in September 2014, Saudi Arabia was one of the first Arab countries to join. From the very beginning of the conflict, the kingdom’s position was clear: Bashar al-Assad must go. It soon mounted several air strikes on Syria. This direct action warned quickly in March after the kingdom launched its intervention in Yemen, an involvement that has extended far beyond Saudi Arabia’s expectations.
Now it appears that Saudi Arabia wants to take a more active role in the Syrian conflict once more. “The kingdom is ready to participate in any ground operations that the coalition may agree to carry out in Syria,” military spokesman Brigadier General Ahmed al-Asiri told Al-Arabiya TV. "If there was a consensus from the leadership of the coalition, the kingdom is willing to participate in these efforts because we believe that aerial operations are not the ideal solution, and there must be a mix of aerial and ground operations."
Asiri did not specify the numbers that could be involved, but other officials told journalists that thousands of special forces could be deployed, possibly in coordination with Turkey. The Russian military said that it has "reasonable grounds" to suspect that Turkey is making intensive preparations for a military invasion of neighboring Syria. The Turkish foreign ministry declined to comment. Turkey and Saudi Arabia reportedly set up a military coordination team a few weeks ago.
Both Saudi Arabia and Turkey have long been committed to the removal of Bashar al-Assad, and believe that the war in Syria will not be concluded in a political settlement without further military pressure on the Syrian regime. The Saudi offer to send ground troops will be discussed when the US convenes a meeting in Brussels next week of defense ministers from the anti-Daesh coalition. For its part, Saudi Arabia is frustrated with the reluctance of its western allies to increase military support for the opposition. US Defense Secretary Ash Carter welcomed the Saudi offer, saying that increased involvement from other countries would help the US to battle Daesh.
During the five years of the Syrian war, Middle Eastern and Western governments have given money and weapons to opposition groups. But boots on the ground would mark a major strategic shift. What impact would Saudi ground troops have in Syria? It would certainly step up the international action in Syria.
Some analysts have suggested that the presence of Saudi ground forces might send a message to Russia, currently carrying out airstrikes in support of Assad, and force them back to the negotiating table (the latest round of UN-brokered talks collapsed with little progress towards resolving the conflict). In recent days, Russian airstrikes have enabled regime forces to take back several key areas of Syria.
The US has long refused to send its own ground troops into Syria, calling instead for a regional army to stabilize the region. Yet questions must be asked about Saudi Arabia’s motivations. It is impossible to view the conflict in Syria in isolation from the regional tussle between Saudi Arabia and Iran. Iran, like Russia, supports the regime, providing not just financial backing but also military personnel. The Saudi intervention in Yemen was partly due to anxiety regarding Iran establishing a foothold in a neighboring country. Saudi action in Syria will, to a large extent, be motivated by the desire to send a message to its rival.
This is nothing new; the Gulf states and Turkey have long seen the Syrian conflict as one part of a wider regional struggle with Iran. Until now, they have armed opposition groups rather than going for full scale military intervention – partly because so many resources have been tied up in Yemen, but perhaps also in recognition of the dangers of continuing to escalate the conflict.
Numerous analysts have long suggested that a decisive end to the conflict in Syria will not come without a ground invasion of some sort. The counter-argument, of course, is that sending ground troops risks increasing the bloodshed further, throwing another element into an already overcrowded battlefield. The Saudi offer may be welcomed by some of their coalition powers, but there is also undoubtedly concern about Tehran and Riyadh being involved in so many confrontational situations across the region. If this tension erupts further, it could be the most destabilizing event in the region yet.