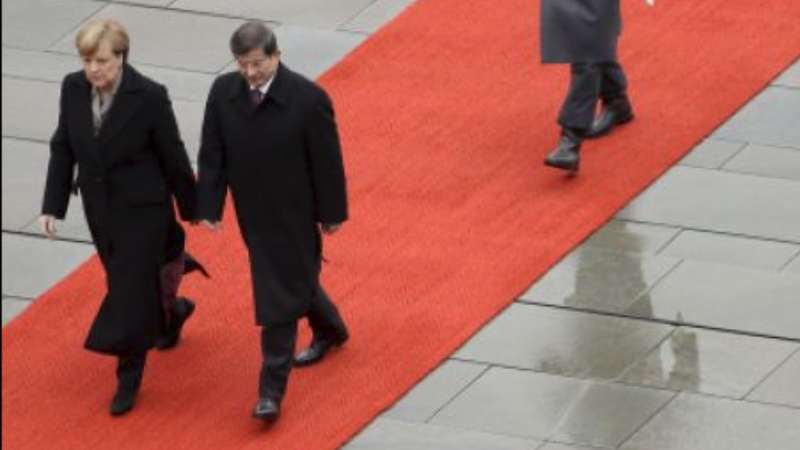 Orient Net - Agencies
German Chancellor Angela Merkel will visit Turkey next Monday to strengthen the cooperation in dealing with the migration crisis affecting Europe, indicated today an official statement, TRT World said.
Merkel will meet in Ankara with Turkish Prime Minister Ahmet Davutoglu, in order to evaluate the implementation of an action plan agreed between the European Union (EU) and the United State government to stop the migratory flow to the so-called Old Continent, the Daily Hurriyet reported.
The visit of the head of the German government will take place before a new summit between Turkey and the EU, to be held on February 18 in Brussels, to assess the compliance of the agreements signed in November 2015.
The pact sets the delivery by the EU of three billion euros to Turkey to assist more than two million Syrian refugees and other nationals who remain in that country in order to prevent them from moving to other European nations, Prensa Latina reported.