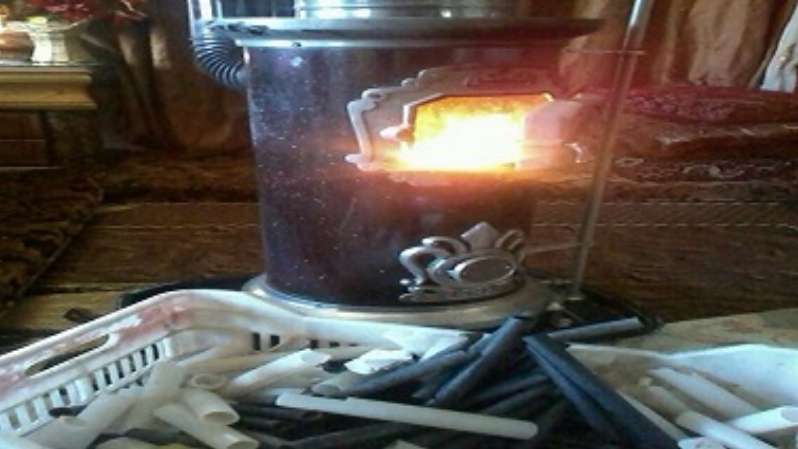 Residents of opposition-controlled areas in Daraa province have resorted to burning tires, old clothes and “anything that will catch fire” in order to stay warm this winter, leading to the spread of respiratory illnesses among children, residents and local doctors said Wednesday.
“After diesel and firewood became too expensive, we were forced to use car tires, plastic, old clothes and shoes—anything that burns in order to stay warm,” Mohammed al-Hourani, a resident of the city of Inkhil in the northwest Daraa countryside said today.
Opposition forces control the vast majority of Daraa province, with the regime holding on to territory along the Damascus-Daraa highway and the northern section of the provincial capital.
The Syrian regime regularly prevents shipments of diesel and other fuels from reaching opposition-held areas in southern Syria; the black-market diesel that does arrive is often 10 times more expensive than the market price, reported a pro-opposition website last October. The price of firewood has skyrocketed due to high demand during the winter, and also because residents have already cut down most of the trees available near their homes.
Unable to pay exorbitant prices for diesel or wood, families have resorted to dangerous, but available, means of staying warm, aware of the respiratory illnesses that result from burning plastic and other goods.
“We know that these materials are dangerous to burn, but we can’t do anything else,” said al-Hourani.
__new_in_first_article1__
The impact is already evident in hospitals across opposition-held Daraa.
“We get around 25 new cases of smoke inhalation a day, most of them children suffering from difficulty breathing and who need sessions with oxygen,” Dr. Abdullah a-Zauqi with the Syria Martyrs’ Hospital in Inkhil said today.
“Unfortunately, some of these cases become chronic,” he added.
In the eastern Daraa countryside, 10 percent of the cases at the Mseifra Field Hospital’s children’s clinic result from poisonous gases, Dr. Yarab a-Zuabi, head of pediatrics at the hospital, said today.
Residents can do little to mitigate the harmful effects of burning plastic and other unsuitable materials. Dr. Zuabi recommends ventilating the house approximately every hour “to lessen the damage and possible illnesses.”
The cold is so biting, and the lack of fuel so keen that Dr. a-Zauqi told Syria Direct that he himself burns plastic at home to stay warm.
"The choice is smoke that makes you go blind,” he wondered aloud, “or cold that kills."
قيم هذا المقال 21 0