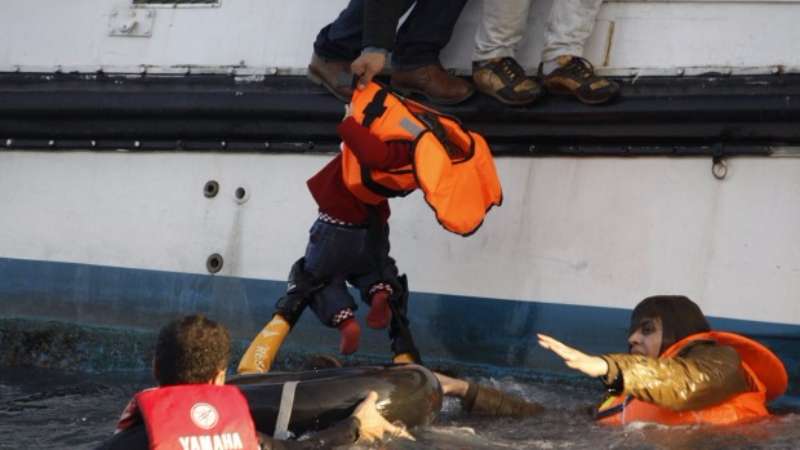 Orient Net - Agencies
Twelve refugees died when their boat sank close to Turkey, according to a report by the Greek coastguard tosday, 10 people were rescued, while the bodies of four boys, three girls, three men and one woman were recovered, al-Bawaba News reported.


"A man who managed to swim to the shore told Greek authorities the boat carried 40 to 45 people," a coastguard official said. "We are not sure if the nine rescued were among the 45 or if they were on a different boat," the official added.
Coast guard vessels and boats from the European border were carrying out a search and rescue operation off the island of Samos, Mashable reported.


On Wednesday, another boat sank off the island of Kos, leaving seven dead, including two children. Only two people were rescued from that incident.