WFP director to make speech on Syria at UN 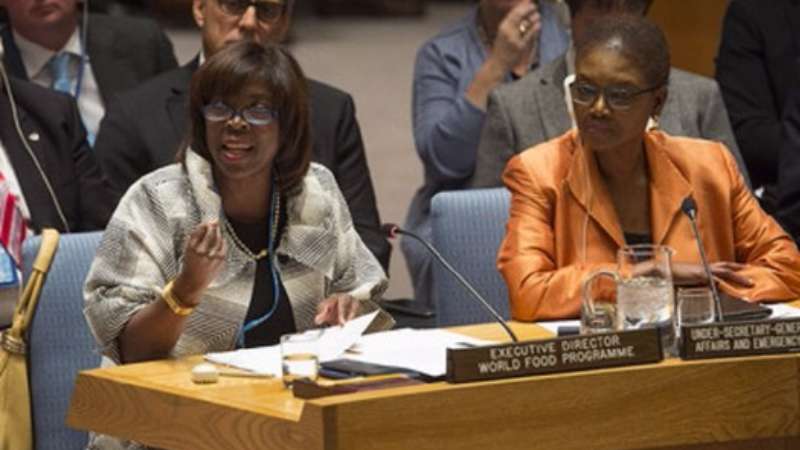 WFP director to make speech on Syria at UN

The director of the UN World Food Programme (WFP), Ertharin Cousin, will be making a speech about Syria before the Security Council on Wednesday. The speech will take place at 10 a.m. eastern time, Snewsi reported.
Cousin will be advocating for the millions of Syrians who are suffering from food shortages because of a five year war. The WFP is the lead agency for feeding Syria’s war victims. They have saved millions from starvation, Author reported.
But many other Syrians the UN food agency cannot even reach because of the fighting.
The Assad regime have repeatedly blocked humanitarian convoys from reaching numerous cities and towns. Cousin will presumably be appealing to the United States, Russia and other countries to bring peace and humanitarian aid to the war-torn nation.
قيم هذا المقال 21 0