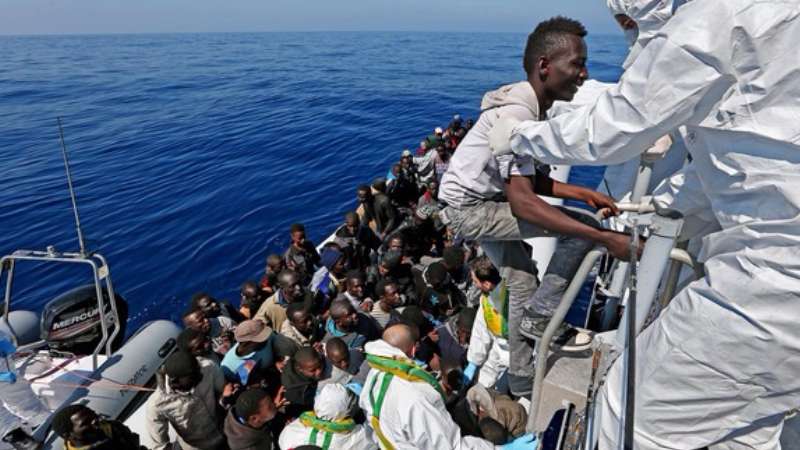 Orient Net - Agencies
A crackdown on smuggling Syrian migrants from Turkey to Greece has pushed the human trafficking business underground and onto social media, often with deadly results.
At least five more migrants died making the journey Tuesday, USA Today reported.
Despite the risks of hypothermia and drowning, Syrian refugees fleeing to Turkey are willing to pay steep prices to smugglers who have become increasingly aggressive in their advertising and other tactics to boost profits, Press Grab said.
Syrians keep paying even though the trip across the Mediterranean Sea is so hazardous. The peril was underscored Tuesday, when five migrants making the trip from Turkey to Greece drowned when their flimsy dinghy capsized. The Turkish coast guard said it was carrying out a search and rescue effort for 16 missing passengers, US News reported.
There have been at least 177 migrant deaths at sea in January alone.
Adding to the danger of the voyage, the smugglers sell at huge markups counterfeit life jackets filled with packaging, rather than buoyant material, that actually causes migrants to sink faster, USA Today said.