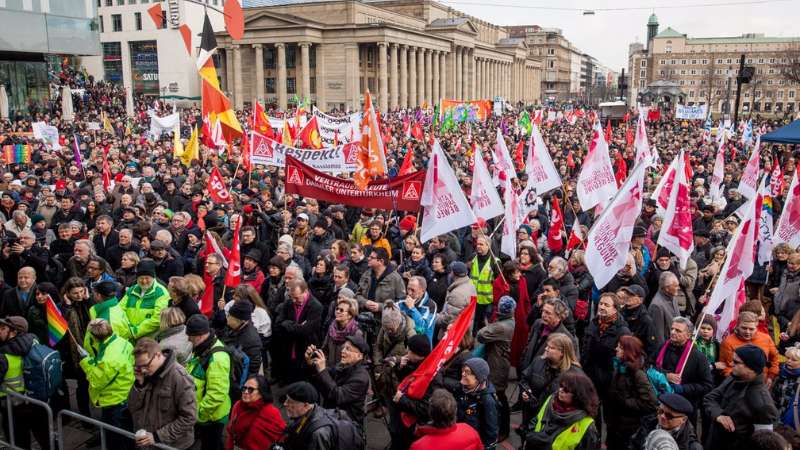 Orient Net - Agencies
Thousands of people took to the streets of the German city of Stuttgart on Saturday to condemn racism and violence against refugees, as the country faces difficulties on how to handle its massive influx of asylum-seekers, al-Jazeera reported.
The demonstration of about 7,000 people was organised by churches, labor unions, and other groups, the German DPA news agency reported.
The rally comes amid calls by a prominent ally of German Chancellor Angela Merkel to reduce the number of new arrivals.
Bavarian state premier Horst Seehofer said he would send the federal government a written request within the next two weeks to restore "orderly conditions" at the country’s borders.
"If it doesn’t follow, the state government will have no other choice but to file a suit at the federal constitutional court," Seehofer told Der Spiegel magazine on Saturday.