The IIT’s first report sets out its mandate, the legal and practical challenges of its work, and the findings of the investigations conducted between June 2019 and March 2020, focusing on the incidents in Ltamenah, Syrian Arab Republic on 24, 25, and 30 March 2017. The IIT’s investigation and analysis included a comprehensive review of all of the information obtained including: interviews with persons who were present in the relevant places at the time of the incidents, analysis of samples and remnants collected at the sites of the incidents, review of the symptomatology reported by casualties and medical staff, examination of imagery, including satellite images, and extensive consultation of experts. The investigation relied on relevant FFM reports as well as on samples and other material obtained directly by the Technical Secretariat in the territory of Syria.

The report reached the following conclusions:

At approximately 6:00 on 24 March 2017, an Su-22 military airplane belonging to the 50th Brigade of the 22nd Air Division of the Assad regime Air Force, departing from Shayrat airbase, dropped an M4000 aerial bomb containing sarin in southern Ltamenah, affecting at least 16 persons.

At approximately 15:00 on 25 March 2017, a helicopter of the Assad regime Air Force, departing from Hama airbase, dropped a cylinder on the Ltamenah hospital; the cylinder broke into the hospital through its roof, ruptured, and released chlorine, affecting at least 30 persons.

At approximately 6:00 on 30 March 2017, an Su-22 military airplane belonging to the 50th Brigade of the 22nd Air Division of the Assad regime Air Force, departing from Shayrat airbase, dropped an M4000 aerial bomb containing sarin in southern Ltamenah, affecting at least 60 persons. 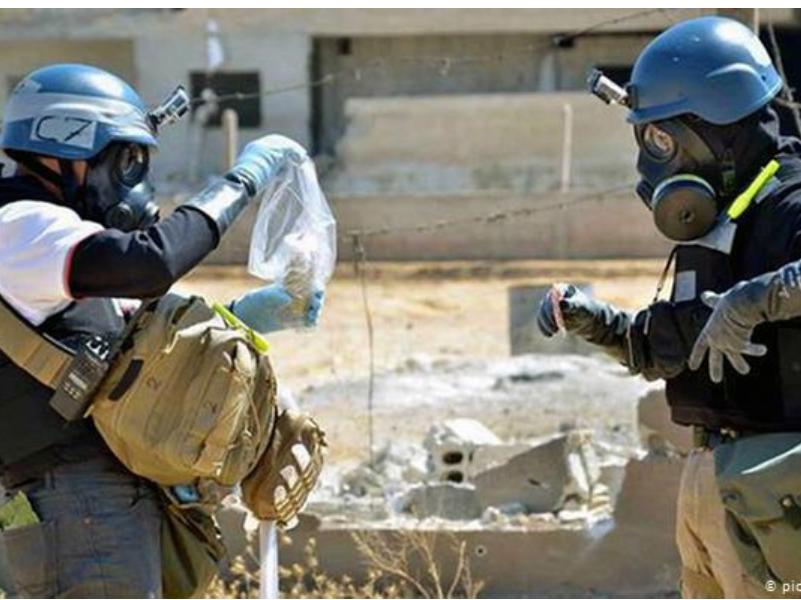 “the IIT has concluded that there are reasonable grounds to believe that the perpetrators of the use of sarin as a chemical weapon in Ltamenah on 24 and 30 March 2017, and the use of chlorine as a chemical weapon on 25 March 2017 were individuals belonging to the Assad regime Air Force. … Attacks of such a strategic nature would have only taken place on the basis of orders from the higher authorities of the Syrian Arab Republic military command. Even if authority can be delegated, responsibility cannot. … In the end, the IIT was unable to identify any other plausible explanation.”

Physicians for Human Rights has reported the hospital attack, saying that the Latamneh surgical hospital - a facility built into a cave to protect it from airstrikes - was hit by multiple barrel bombs.

PHR said at the time that the attack only caused minor structural damage, but multiple sources inside the hospital testified that at least one of the bombs contained a chemical agent.

The hospital’s coordinator told PHR that the attack and chemical exposure led to the death of one of the hospital’s doctors, Dr. Ahmed Darwish, the group said. 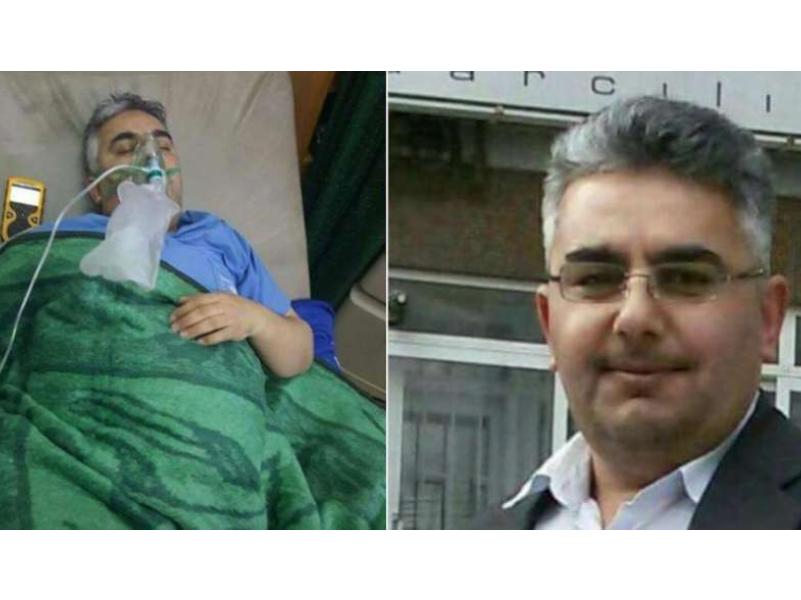 Doctors Without Borders, also known as MSF, said the hospital in Latamneh was supported by the group.

The first report by the OPCW Investigation and Identification Team has been shared with all States Parties to the Chemical Weapons Convention and the United Nations Secretary-General.

The Syrian Network for Human Rights (SNHR) said in 2019 that Assad regime has committed 216 chemical attacks in Syria since 23 December 2012, the date of the first recorded use of chemical weapons in Syria, killing at least 1,461 people, including 185 children, 252 women.