At least 100,000 could die from the COVID-19 pandemic in northwest Syria as overcrowded camps and the decimated healthcare system make the country particularly vulnerable, medical staff on the ground have warned.

"In one year, we lost around 76 health facilities in northwest Syria," Dr Munzer al-Khalil, from the Idlib Health Directorate, said in a statement released by the Syria Free campaign.

"Donors have cut their funds and medical staff have been killed, arrested or displaced. The health sector in Idlib cannot cope with the inevitable outbreak and we fear 100,000 people could die unless we get supplies immediately," he added.

Idlib, the northwestern region home to three million people, half of whom are displaced from other parts of the country, currently counts just 105 ICU beds according to al-Khalil.

"Our ventilators are always 100% occupied and we don’t have one single bed ready for a Corona case today. Camps are the perfect breeding ground for the virus and 400% overcapacity, with ten or more people sharing one tent. People don’t have enough water for drinking, let alone washing their hands," he added. 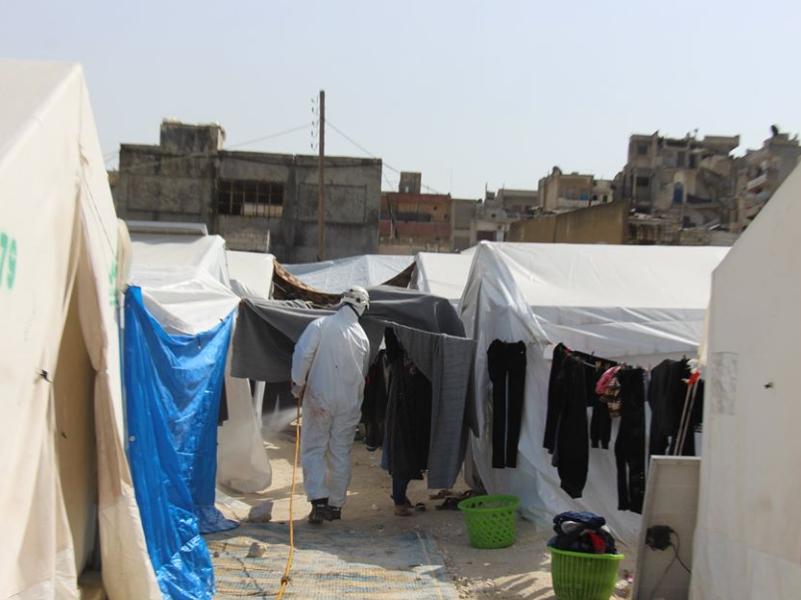 Since the conflict broke out in March 2011, more than half of Syria's pre-war population of 23 million have been driven from their home and 80% now live under the poverty line, according to the United Nations.

According to the World Health Organization (WHO), only 50% of public hospitals and 47% of public primary health care centers were fully functional in Syria at the end of 2019.

Assad regime has for now confirmed only five cases of the novel coronavirus but experts have cast doubts upon that figure with a policy memo released earlier this week by the London School of Economics flagging "significant indications that a wider outbreak has already begun."

The paper estimates that the maximum number of COVID-19 cases the country can "adequately" treat is 6,500 and that just half of the 650 intensive care (ICU) beds in public and private hospitals nationwide — excluding Idlib province — have ventilators.

It also states that "corruption, clientelism and patronage are jeopardising the response in regimes-controlled areas and that staying at home is simply not an option for the country's poor as it is highly unlikely that Assad regime will introduce policies to reduce the financial burden of self-isolation.

Some 460,000 people from al-Hasaka city, Tal Tamer and the al-Hol and Areesha camps were without water for at least five days this week after pumping at the Allouk water station was interrupted. UNICEF said in a statement that the interruption put "children and families at unacceptable risk" from the disease.

Laila Kiki, Executive Director of The Syria Campaign, warned that "it will be impossible to contain the outbreak" if it reaches camps.

"There has not yet been a confirmed case of the virus in northwest Syria but with cases in neighbouring countries and four cases in Damascus, the conditions in camps and detention centres, it is only a matter of time before people start losing their lives," she said.

WHO has so far shipped 900 tests to Idlib and another 5,000 are expected to arrive next week. Personal protective equipment has also been distributed to 21 health care facilities but the Idlib Health Directorate is urging the UN agency to ramp up aid and provide "urgently-needed ventilators, protective gear for medical staff and hand sanitiser to overcrowded camps."

The UN Special Envoy to Syria, Geir O. Pedersen, who earlier this week called for an immediate nationwide ceasefire to allow aid to access all parts of the country, also voiced concerns for the people held in detention centres across the country. 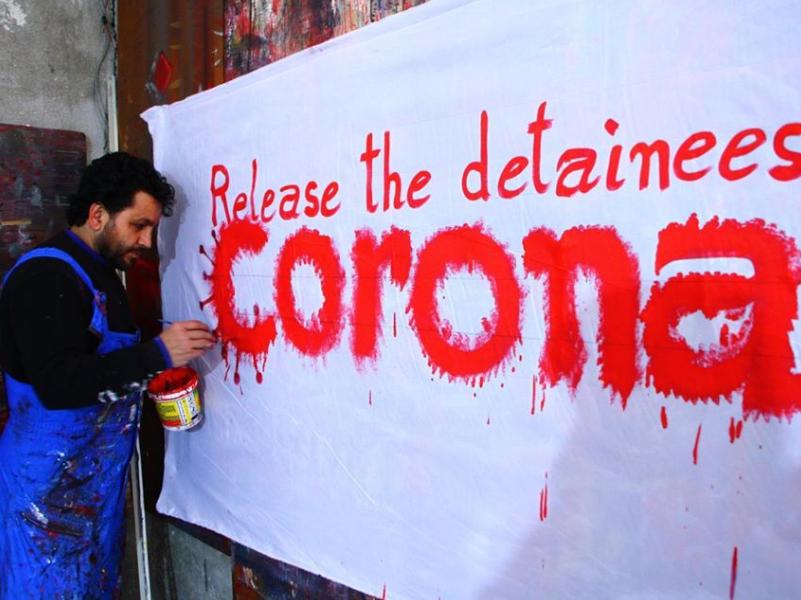 He appealed "on humanitarian grounds for large scale releases of detainees and abductees."

Families for Freedom, which campaigns for freedom and justice for Syria’s detainees, said that they are terrified of COVID-19 spreading into the regime's underground detention dungeons.

The Assad regime who took our loved ones from us has no interest in protecting detainees. The world realizes that COVID-19 can be deadly for those with compromised immune systems and the elderly but what about those who are broken down by starvation, torture, and who are left to face this virus alone?, Dr Hala al-Ghawi, from Families for Freedom, said in a statement.

"At the very least, international health organizations, such as the WHO, must have regular access to detention facilities in order to provide critical sanitary measures and medical treatment to detainees," she went on.