In northwestern Syria, where a million people who have fled the war are sheltering in muddy tent camps and abandoned buildings, the spread of the coronavirus could wreak untold disaster on a devastated region.

Forget hand washing and social distancing, the preventive measures recommended by health authorities around the world.

There is little to no running water in the camps, and up to a dozen people often live in the same tent.

“You want us to wash our hands?” asked Fadi Mesaher, the Idlib director for the Maram Foundation for Relief and Development. “Some people can’t wash their kids for a week. They are living outdoors.”

Syrian doctors believe the virus has already swept into the camps, with deaths and illness that bear the hallmarks of the outbreak. But the international response has been slow to nonexistent, according to more than a dozen experts and Syrian medical professionals.

The World Health Organization (WHO) has not yet delivered coronavirus testing kits to the opposition-held northwest, despite making its first delivery of such kits to the Assad regime more than a month ago.

Doctors said the delay has probably allowed the virus to spread undetected for weeks in a uniquely dangerous environment.

“We currently have cases that are similar, and we’ve had people die,” said Dr. Mohamed Ghaleb Tennari, who manages the Syrian American Medical Society’s hospitals in the region. “But unfortunately because we don’t have the test, we can’t confirm that these cases are truly corona or not.”

About three million people are crowded into Idlib Province, which has been outside the control of Assad regime since 2012 and is the country’s last opposition-held pocket.

Assad militias and their Russian allies began a final push to retake the area last spring, and a renewed offensive in early December drove nearly a million people from their homes.

About a third of them are living in large camps or tents, the United Nations estimates. The rest are sleeping along roadsides, squatting in unfinished or abandoned buildings, or sharing quarters with other families. 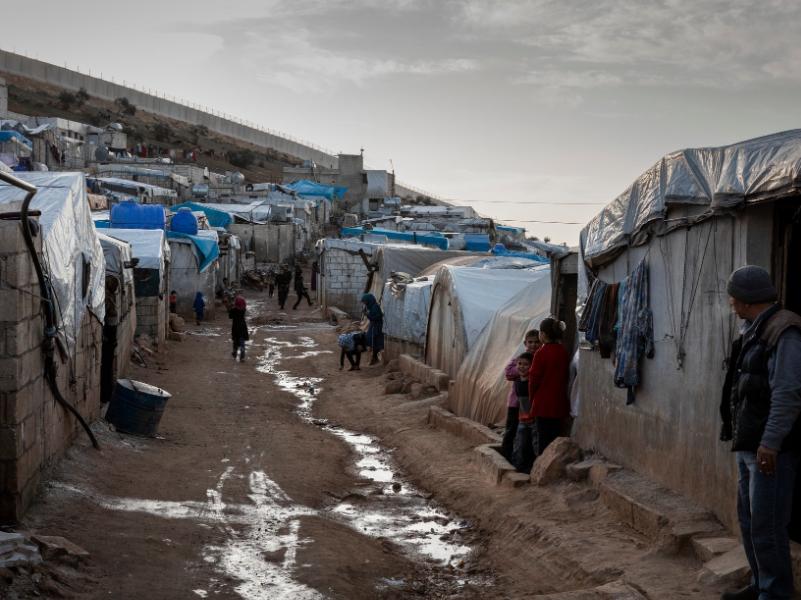 A cease-fire has held for two weeks but no one expects it to last. Assad has vowed to continue the offensive and opposition groups in the province have vowed to resist.

Across the province, hospitals and medical facilities have been decimated by eight years of war. Assad regime and Russian warplanes have repeatedly bombed and shelled hospitals and clinics in opposition-held areas throughout the conflict, killing hundreds of health care workers.

Since the December offensive began, more than 84 hospitals and medical facilities in the northwest have been damaged, destroyed or forced to close, according to the World Health Organization.

Those that are still running lack the needed supplies.

In Idlib city, a lab at Idlib Central Hospital is ready to test for coronavirus but lacks the test kits, said Dr. Naser Almhawish, the surveillance coordinator for the Early Warning Alert and Response Network of the Assistance Coordination Unit, an independent group.

Syrian doctors have asked for more protective equipment, like masks and gloves, but the first new shipment from the World Health Organization arrived only Tuesday.

When we visited Idlib Province after crossing from Turkey last week, we saw no screening points for the virus.

Informal encampments, planted in agricultural fields and on windy hillsides, lined the road from the border to the small town of Maarat Misrin. In the town hospital, bleary-eyed doctors worked in basement operating rooms, while a crowd of people waited above.

“Unfortunately, we don’t have areas of quarantine available in north Syria,” said Abd al-Razzaq Zaqzouq, a media assistant for the Syrian American Medical Society at the hospital. “If there is any case of corona in north Syria, the situation will be tragic.”

Doctors in the region estimate that a million people in Idlib Province could contract the virus, that 100,000 to 120,000 could die, and that 10,000 will need the help of ventilators. There are 153 ventilators in the province now.

“You may have seen countries like Italy and China — countries that have a quarantine system, and even they couldn’t handle the pressure of all of these cases,” said Dr. Tennari. “Imagine then — we’re in a state of war and we don’t have a proper health care system. It’s crippled.”

Hedinn Halldorrson, a spokesman for the World Health Organization’s cross-border efforts in southern Turkey, said Wednesday that the W.H.O. expects test kits to arrive in Idlib next week. He said he did not know how many kits would be sent or exactly when they would arrive. Samples can be sent to labs in Turkey in the meantime, he said.

The delay, he said, was because the W.H.O. distributed kits to government health agencies first. “The northwest is not a country,” he said.

Given the obstacles to delivering supplies to a conflict zone, Mr. Halldorrson said, a month’s delay was not bad.

“When you consider the challenges, I think it’s quite reasonable,” he said. “I don’t know the nitty-gritty details of it, but they will be there soon, that’s all I know.”

He also said that border screening checkpoints would be set up soon and that more protective equipment would be delivered, although he did not know when or how much.

On Sunday,  the Idlib Health Directorate, an opposition body, said that there was a “high possibility for a pandemic outbreak to spread in the liberated areas in the very near future, if it isn’t here already.”

It issued recommendations, including closing the schools and universities that remain open, closing cafes and restaurants except for takeout, halting group prayers, social visits and unnecessary travel, and advice on how to sneeze and cough, wash hands and clean living spaces.

But most of those recommendations are impossible in the tent camps.

“If there is an elder or anyone being sick, I don’t see how they will separate themselves,” said Michel Olivier Lacharité, a crisis coordinator for Doctors Without Borders.

At the Atmeh camp, pressed against the Turkish border 30 miles north of Idlib City, sewage runs openly in the roads and there is no regular garbage pick up.

Amina Alkaeed, who lives there with her husband, parents and 10-month-old daughter, said that her husband had built a bathroom for their small house, but that nearby, up to 40 people use five toilets with no place to wash their hands.

Women congregate every day to fill water jugs from a tank and pick up bread.

“And that bread is wrapped in a bag,” she said. “That bag could be carrying the virus. Then the virus will be transferred to these people.”

The camp clinic is small, crowded and overburdened. Relief workers who have come to educate camp residents have not worn masks or gloves or sanitized their hands, she said.

“This virus can kill more people in one month here in northern Syria than the regime killed in the last 10 years,” she said.

These conditions will make transmission of the virus significantly easier, experts said. And with hospitals and clinics already stressed by years of conflict, the fatality rate is likely to be much higher than that in better-equipped countries, Mr. Lacharité said.

This week, the Syrian relief group Violet held training sessions for about 40 nurses and ambulance drivers who will be on the front line of Idlib’s response. 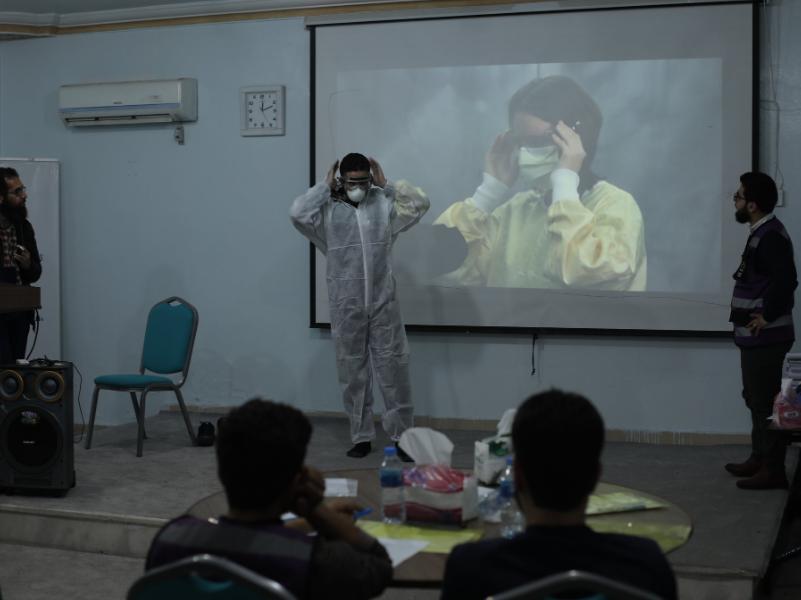 Violet plans to organize them into two teams: those who will deliver advice and baskets with soap, brochures and hand sanitizer, and those who transport people suspected of having the virus. But a global run on sanitizer has left Violet unable to buy much, said Fouad Issa, Violet’s founder.

If, as expected, the cases start expanding exponentially, they will be quickly overwhelmed.

Relief and medical workers fear that even when test kits and protective gear do finally arrive, they may be too little too late.

“If God forbid corona enters our area,” said Mr. Mesaher of the Maram Foundation, “then it will be the greatest tragedy.”