At the heart of Syria's latest humanitarian crisis, locals call Idlib "the forgotten city", still paying the price for one day in the 1970s when the former head of the Assad regime was pelted with tomatoes.

The city and its surroundings have suffered furious bombardments since December at the hands of Assad militias and Russian jets, leaving hundreds dead and forcing huge numbers to flee towards the Turkish border.

With a tentative ceasefire announced on March 6, villager Malek Haj Khalil returned to his home in Sarmin, just east of Idlib, hoping to recover a few belongings from the ruins of his house.

But he found nothing beyond an air conditioning unit and a few broken pans among the twisted iron bars that were once his home.

"We were hoping to find a few things, some furniture or blankets, but there is nothing," he told AFP.

Some neighbours had more success, and were loading gas cookers, mattresses and sofas on to trucks.

When the ِAssad army came, it poured out all the hatred it has against us... targeting civilians and their houses, said Khalil. 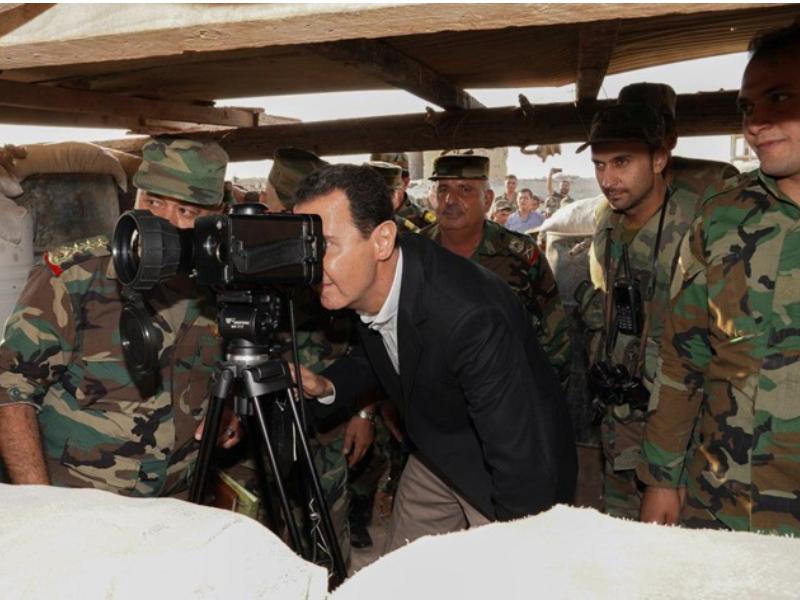 Idlib was one of the first provinces to join the uprisings against Bashar al-Assad, and is now the last to remain in opposition hands, but the roots of that "hatred" predate the revolution in 2011.

Tucked in the northwest of the country, Idlib's residents have long felt overlooked by their rulers in Damascus.

Locals and researchers particularly recall the time in the early 1970s when Hafez al-Assad, Bashar's father who ruled from 1971 until his death in 2000, made his first and only visit to Idlib. An angry crowd pelted him with tomatoes and a shoe.

"After that incident, Hafez al-Assad never returned to the city. It has since been cut off, and that shows in the quality of its infrastructure and schools," said Mohammad Sarmini, head of Syrian research centre Jusoor in Istanbul.

"It was this marginalisation that pushed Idlib to join the revolution," he added.

According to Taleb al-Dugheim, a specialist on Syrian history, the slight against Assad senior in Idlib "was never forgotten, and transformed into repression and marginalisation" that continued under his son decades later.

The regime also remembers Idlib's role in the protests of the 1980s, Dugheim said, when many supported a Muslim Brotherhood uprising in the city of Hama that was brutally suppressed.

Asaad Falaha knows the hatred well. He leads a charity running a primary school in Binnish, east of Idlib city, that the regime has bombed three times during the recent offensive.

"Seventy percent of it has been destroyed. To target a school like this shows the hatred of the regime," he said.

The province shelters three million people -- half of them displaced from other regions.

Assad has taken a close interest in the battle to retake it.

"When Bashar al-Assad visited the town of al-Habit in Idlib province in October, he personally supervised artillery shelling against (the then opposition-held) Maaret al-Numan," said Dugheim.

"The regime acts as though the inhabitants of the Idlib are not really Syrians," he added.

Assad's militiamen retook the town of Kafranbel in the south of the province in February. It was one of the last standing symbols of the revolution, full of darkly ironic slogans against the regime. 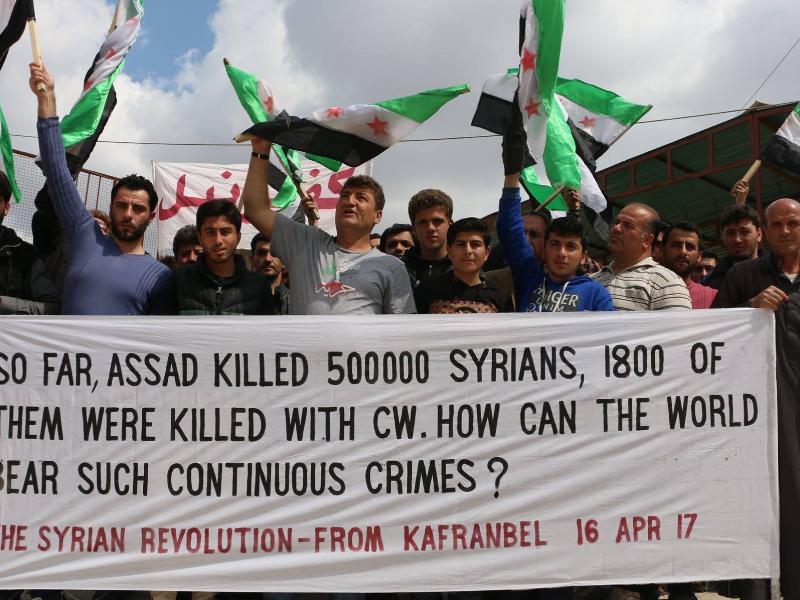 That spirit still shows flickers of life further north in the province: on a partially destroyed school in Binnish, someone has written advice for protecting against the coronavirus, with Assad depicting as the virus.