Syrian demonstrators took to the streets on Friday (March 6) in Idlib city center, chanting anti-Russia and Assad militia slogans and calling the international community to stop Russia’s slaughtering of civilians in Syria.

A child held a placard which read: “Take us back to our homes. Tents are bored of us.” 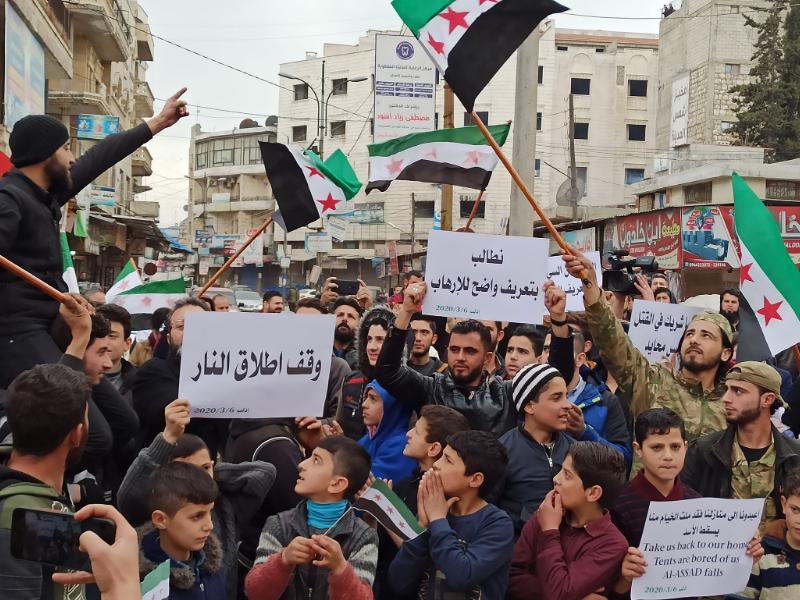 On Thursday, Russian warplanes killed 20 civilians and injured 30 others in Idlib province.

Turkey and Russia agreed on Thursday night declared a cease-fire in Idlib.

Russia and Assad regime killed in February 210 civilians, including 54 women and 38 children, according to the Syrian Network for Human Rights (SNHR).