A group of people on early Friday (February 28) protested outside the Russian Consulate General in Istanbul against an attack that targeted Turkish troops in Idlib.

Chanting slogans against Russia, the protester held Moscow responsible for the loss of Turkish soldiers lives. 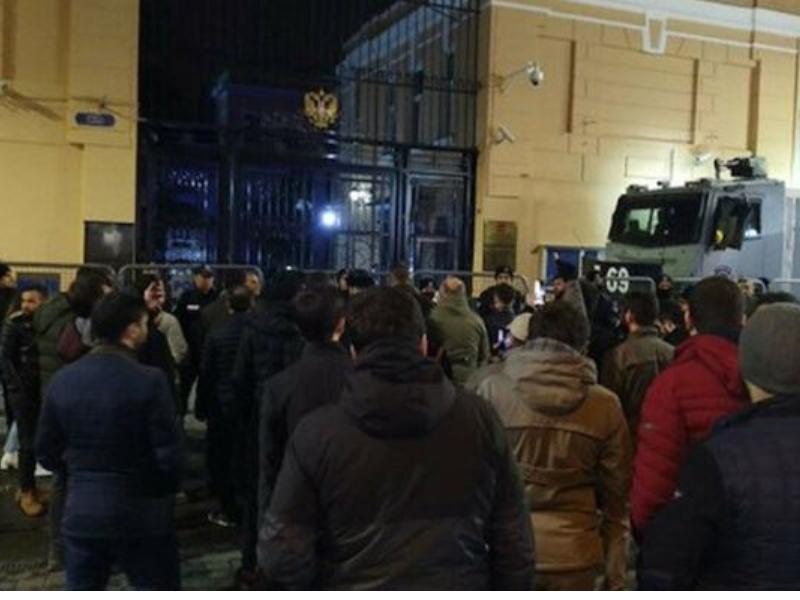 Late Thursday, 33 Turkish soldiers and 32 others were injured in a Russia-backed Assad regime airstrike in northwestern Syria's Idlib.

The whole world knows that Russia and Assad regime forces were behind the attack, said Sezgin Celik, one of the protesters.

Celik noted that they would not be relieved until those who are responsible for the martyrs pay the price for their act.

“We are here. We are with the victims of the crimes against humanity,” he said.

The group continued their protest outside the Russian mission.

In December, hundreds of Syrian and Turkish demonstrators took to the streets near the Russian consulate in Taksim square in Istanbul, chanting anti-Russia and Assad militia slogans and condemning Putin crimes in Syria. 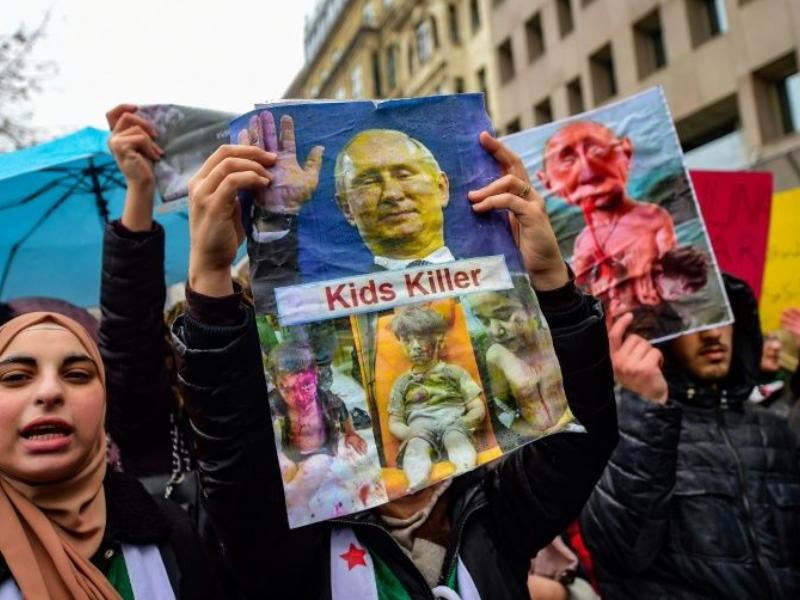