In a field dotted with olive trees in embattled northwestern Syria, Shamseddeen Darra steps down into the gloomy underground shelter he and his family now call home.

After fleeing a deadly offensive by government forces on their home region of Idlib, they found nowhere else to go.

Beyond rolling hills in the village of Taltuna, Darra, his three brothers, their wives and more than a dozen children share a small room in the belly of the earth.

"We're living here for lack of a better option," says 35-year-old Darra, who calls their makeshift shelter "the cave".

"We didn't have any tents. We stayed in the town mosque for two days. We looked for a place to stay but found nothing," he explained.

After they found the abandoned shelter, dug out by villagers earlier in the war to hide from air strikes, they cleaned it out and moved in. 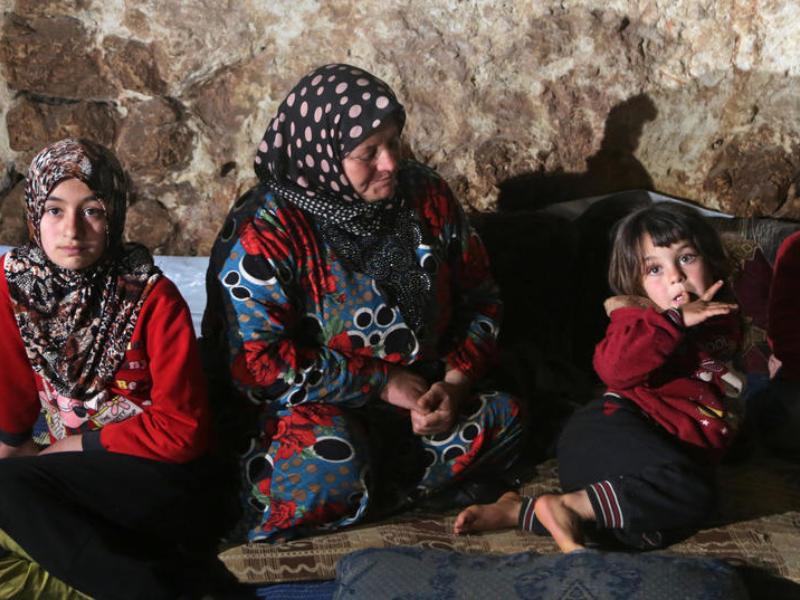 Assad-Russian severe bombardment has forced 900,000 of them to flee their homes or shelters, more than half of them children.

Inside their new underground home, Darra's children huddle on a carpet around a tray covered in small bowls of hummus and dried oregano in olive oil.

Sunshine seeps in only from the staircase, the only source of light to cast away the dank darkness.

In a corner, the family has piled its scant belongings under a red and navy blue blanket.

"We're suffering from the humidity. The kids are sick," he said, as nearby one of them started crying.

"And there are bugs," added Darra, wearing a thick black hooded sweatshirt.

Not far off, 40-year-old Abu Mohammed had also set up camp in an underground bunker.

He and around 40 people now share the space, where they have thrown a plastic rug on the ground and piled plastic jars of picked olives and other food along the uneven wall.

When we first arrived, "the cave was dirty. There was animal excrement," said Abu Mohammed, wearing a black leather jacket and sporting a greying beard.

"The villagers warned us there were scorpions and snakes, but we had no other option," he said. 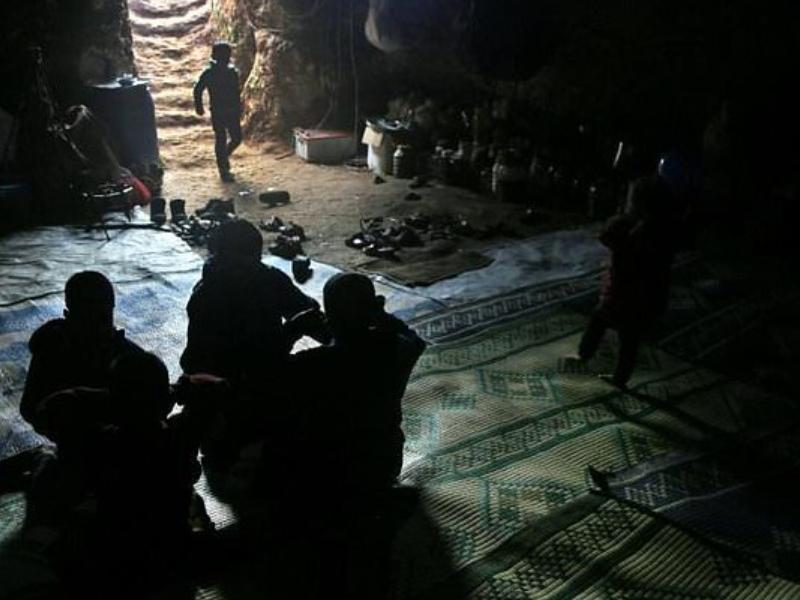 Of those newly displaced since December, some 170,000 live out in the open or in unfinished buildings, the United Nations says.

AFP correspondents have seen families without shelter forced to camp out in their cars, sleep in schools or mosques, or even make home in an abandoned prison.

But in the town of Sarmada further north, Yusra Harsuni said she and her family had reached new lows.

She, her daughter-in-law and grandchildren were now among 60 families living in the hall of the local cemetery.

When the rain stops during the daytime, men and women emerge to stroll between the graves.

They and their children sit on the grass, breathing in fresh air beyond the white marble tomb stones.

Inside, the sunlit hall is divided into two sections according to gender, and heated up with large stoves.

Babies cry out, piercing through the low din of everyday chatter.

Here and there, essential belongings grabbed in flight have been piled up haphazardly. There are mattresses, carpets, saucepans and boxes of food.

"There are lots of families inside," Harsuni said, sitting by a tomb with two small children.

Living next to a graveyard is not easy, she said.

One night a small boy started screaming and people thought he was possessed. 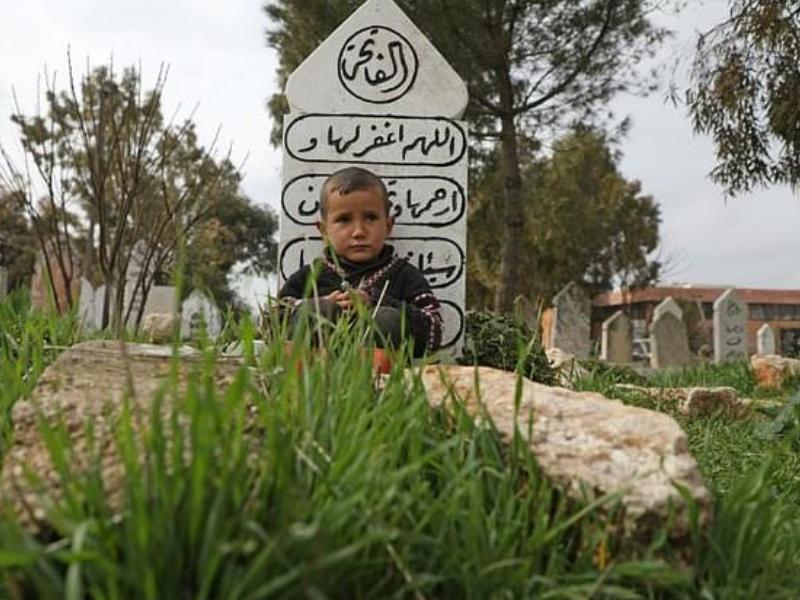 "The sheikh twice had to come and recite the Quran" to rid the place of any spirits, she said.

But the grandmother says she has now resigned herself to living among the dead.

"Of course, here in the middle of tombs, people are scared of death," she said.

"But it's the lesser of two evils."