The Assad helicopter was downed above Atarib town in Aleppo western countryside.

Photos showing the burning wreck of the downed helicopter were circulated on social media. 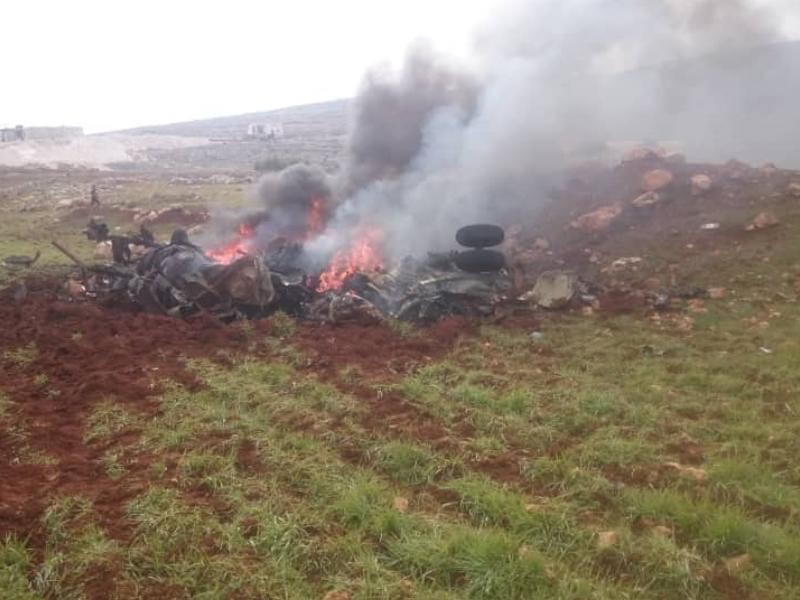