Four members of a forcibly displaced family, including a child, were killed and three others were injured after a Russian warplane bombed Kafr Emma village in Aleppo countryside in the early hours of Wednesday.

White Helmets volunteers have worked hard for more than 12 hours to rescue civilians from under the rubble of the destroyed building in the aftermath of the airstrike. 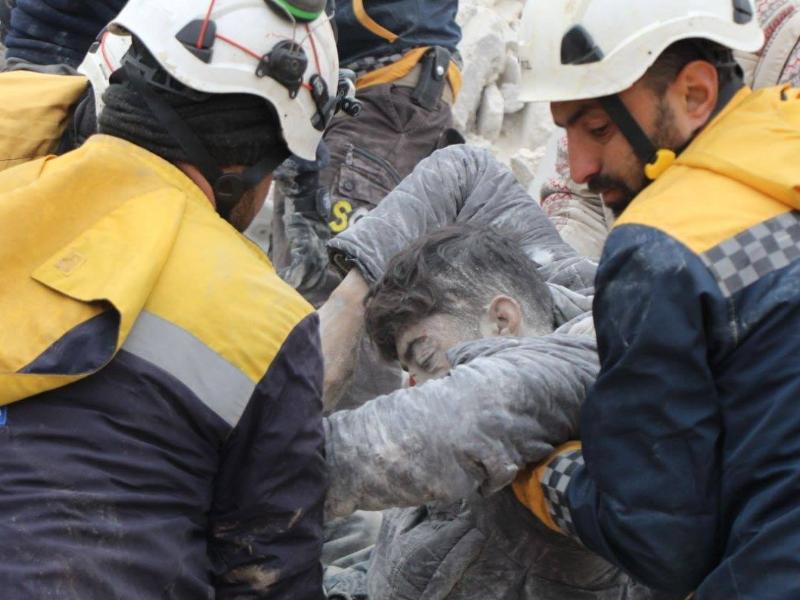 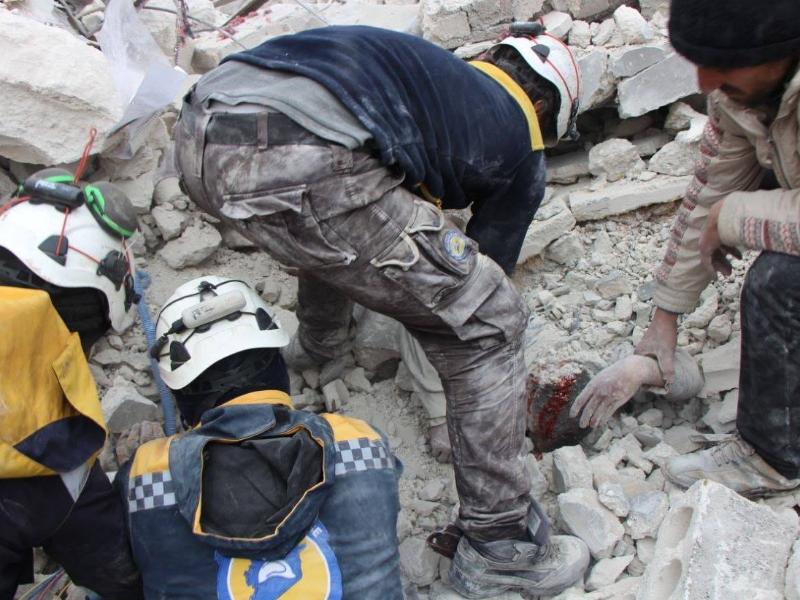 The warplanes targeted in the evening civilian homes in Abin Samaan town, killing three civilians and injuring six others.