The missile attack targeted pro- Iranian regime’s positions and regime’s military positions in and around Damascus.

Several pro-Iranian militiamen were reportedly killed in the Israeli air strikes against several targets in Damascus.

At least three Iranian positions near Damascus and west of the capital were targeted. Assad regime’s official SANA news agency said that the Israeli strikes came in two waves and hit the al-Kiswah area as well as Marj al-Sultan and Jisr Baghdad.

An Assad missile that tried to intercept Israeli rockets fell in the industrial area in al-Tall is a city in Damascus countryside, destroying several cars and shops, according to sawt al-Asima Facebook page. 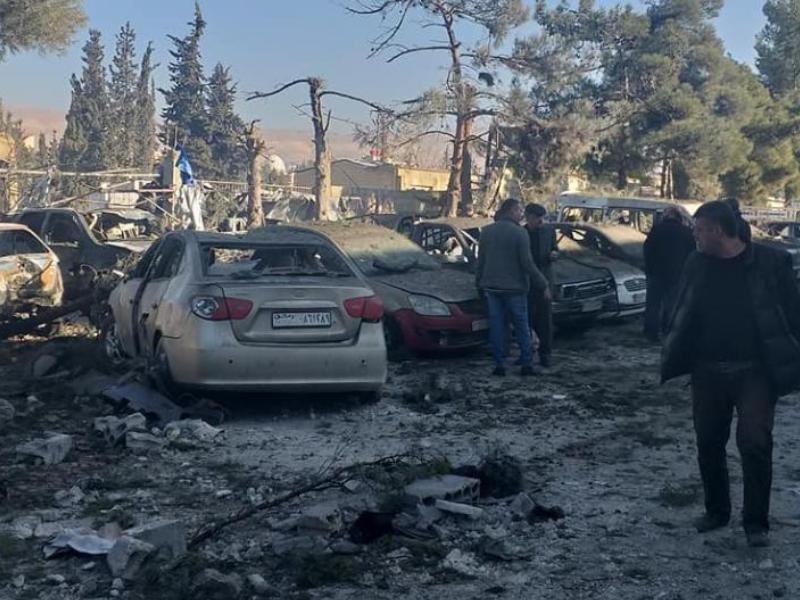 In November, Israel said it struck dozens of Iranian targets in Syria in a "wide-scale" operation in response to rocket fire on the Golan Heights the day before.

Israel has launched hundreds of missiles towards Syria in recent years, targeting Iranian-backed militias as well as supplies sent by Hezbollah to support Assad militias.