Two avalanches in two days claimed the lives of 39 people in the eastern province of Van. Five were killed in the first avalanche on Tuesday, while 33 others lost their lives on Wednesday while trying to recover two missing in the first one

Thirty-nine people were killed on Wednesday (February 6) when a second avalanche buried more than 50 personnel from search and rescue crews that had been combing an avalanche zone in eastern Turkey, where five bodies were recovered only one day earlier.

Crews were looking for two people who went missing during Tuesday evening's avalanche on a road connecting the Van province to its Bahçesaray district. The Disaster and Emergency Management Authority (AFAD), whose crews were at the scene after Tuesday's avalanche, announced that 53 others were injured in the second avalanche, which occurred around noon local time. AFAD's Van Director Osman Uçar was among the injured. Gülşen Orhan, a former lawmaker for Van who currently serves as a chief adviser to President Recep Tayyip Erdogan, was among those who escaped the second avalanche with injuries.

The victims of the second avalanche include 11 gendarmerie personnel, eight village guards, three firefighters and civilians. More search and rescue teams were dispatched to the area, while snowfall and blizzards have hampered the efforts. Authorities said the death toll may rise.

The AFAD said in a statement that 59 search and rescue experts were deployed to the disaster zone and more crews from the AFAD and the gendarmerie were being airlifted to the area from Ankara to help in the rescue efforts. "Twenty-eight ambulances were also dispatched, and a mobile base station is being set up for communication," the AFAD statement said, as bad weather continues to limit cellphone reception in the area.

Authorities said some members of search and rescue crews managed to dig themselves out of the massive heap of snow, while efforts were underway to rescue others.

Winter conditions in eastern Turkey regularly hamper daily life. A large number of roads connecting remote areas to city centers in the region are currently closed due to heavy snowfall, while crews work around the clock to keep the roads clear.

Separately, three passengers died and scores were wounded when a Pegasus Airlines passenger jet flying in from western Turkey's İzmir veered off the runway after landing at Istanbul's Sabiha Gökçen Airport on Wednesday afternoon. 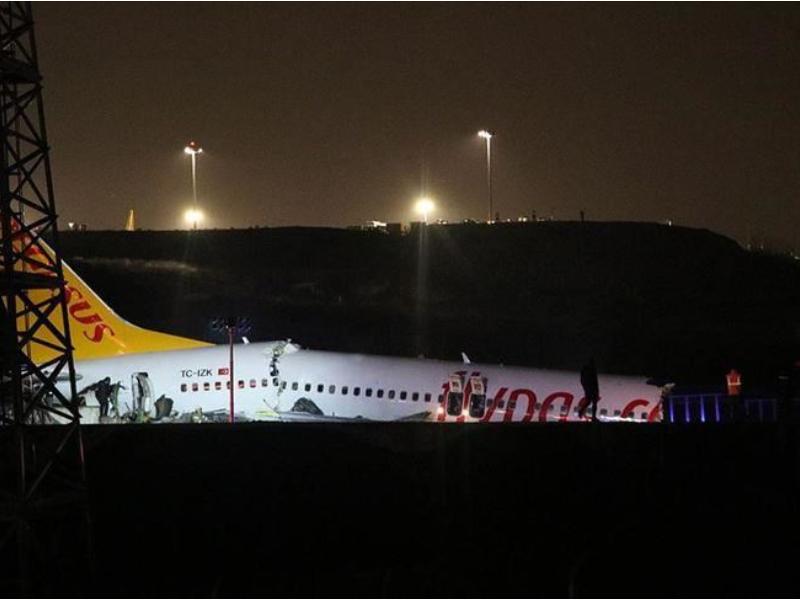