A Russian warplane killed on Wednesday night six forcibly displaced civilians from the same family, including four women and a girl and injured six others in Jidraya village in Aleppo countryside. 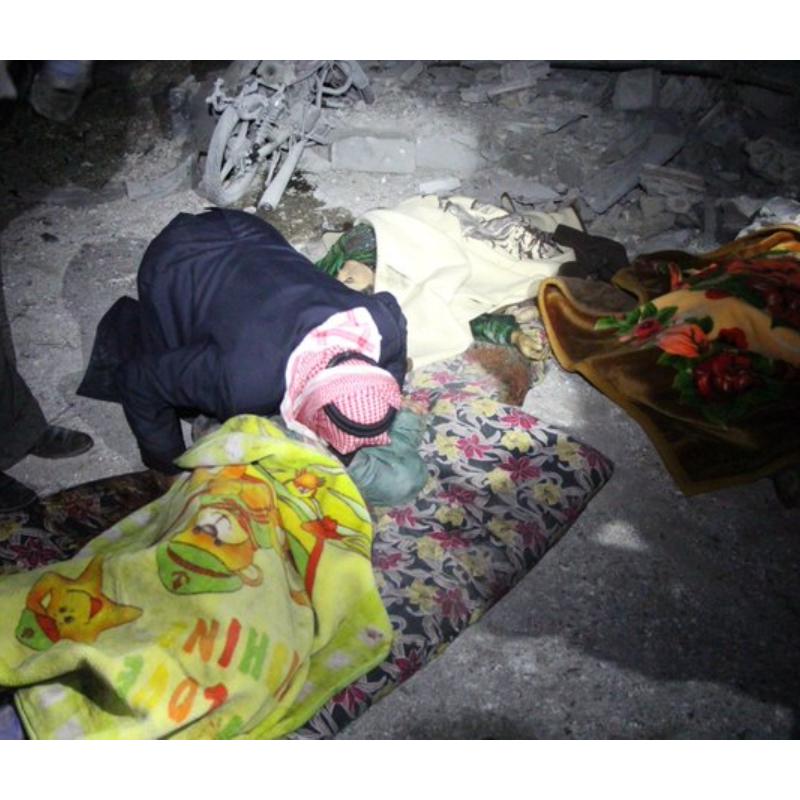 On the early hours of Wednesday, A Russian warplane killed a man and injured his wife and four children in Anjara village in Aleppo countryside.

In Idlib, Russian warplanes and Assad regime targeted Sarmin town with all types of weapons, killing two men and injuring two others.

White Helmets volunteers have worked hard for almost 24 hours to recover the bodies of Amjad Aktalati, a media activist and Fadi Rahhal who were killed by Russian airstrikes that destroyed four buildings in the Ariha town.

White Helmets volunteers also recovered on Wednesday the bodies of two men and a child who were killed by Russian air strikes that targeted civilians on the outskirts of Idlib city on Tuesday evening.