The helicopters dropped barrel bombs on Sarmin town, killing eight civilians, seven from the same family, including four children and three women and injuring three others, as they were preparing to depart their home to escape Assad bombardment. 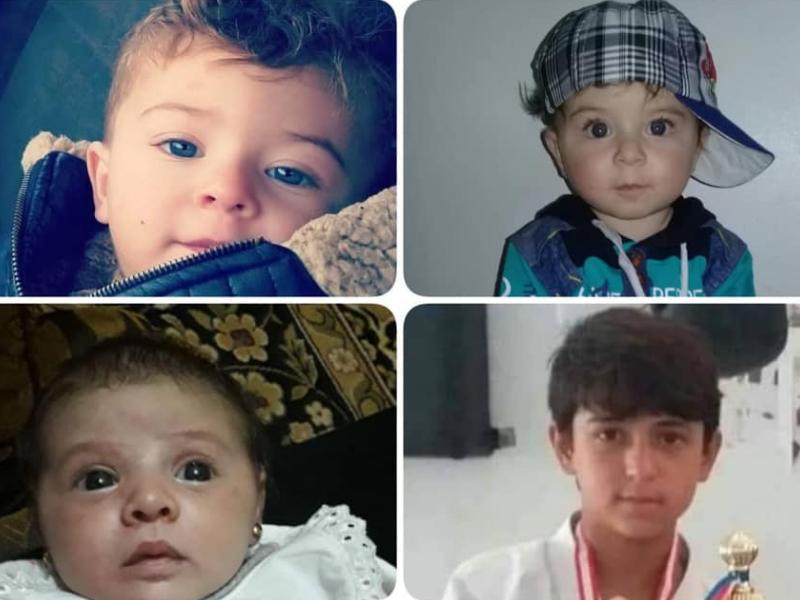 Rescue workers pulled the bodies of a nine-year-old girl and a 13-year-old boy from the debris of a two-storey building, an AFP correspondent in the town said.

Their father, Abu Fida, stood by weeping. "It's a terrible disaster," he said.

Abu Fida said he and his family had fled bombardment on Sarmin on Thursday, with just the clothes on their back.

They returned on Saturday night to collect their belongings, deciding to spend a last night at home before leaving for good.

"I wanted to get my family out this morning but my wife told me to go to work. So I sent them a driver with a car to transport their things," but then aircraft hit the house, he told AFP.

His wife was inside the house when it was struck, but he survived with three other children.

In al-Mastumah village, the Assad artillery shells and rockets killed two men and injured two others.

In Binnish, Assad warplanes killed a child and injured two children and a woman.

In Aleppo countryside, Assad-Russian warplanes killed four civilians, including a woman and injured 14 others, including four children.

The Assad regime and Russia continue their scorched earth policy against civilians and civilians, according to Orient correspondent.