Russian warplanes launched on the early hours of Saturday several airstrikes on a temporary housing of displaced persons near Darat Izza town in Aleppo countryside, killing two parents and their son and daughter.

The Free Education Directorate suspended the educational activities in all the schools in Aleppo countryside for two days (Saturday and Sunday) to save the lives of students after the severe bombardment on Friday. 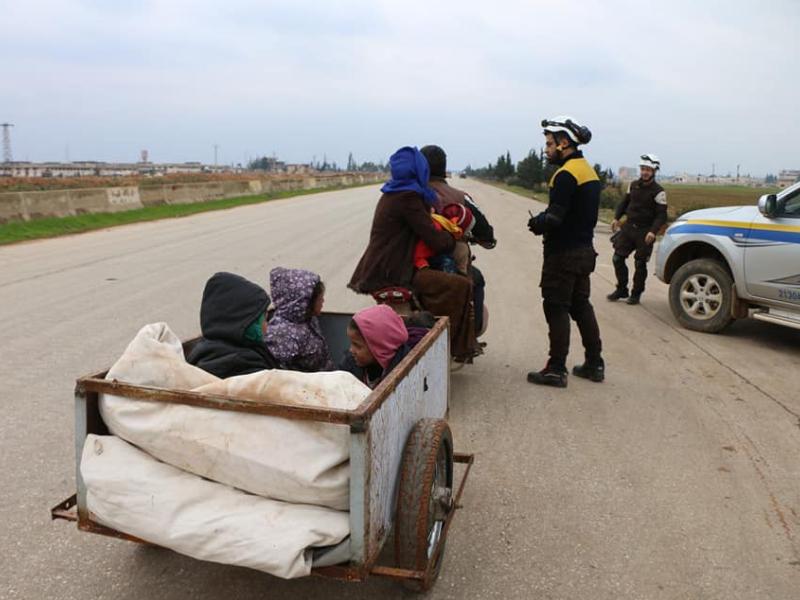 Last Saturday, Assad warplanes and helicopters intensified bombardment on the demilitarized zone (DMZ) of Idlib province, killing 22 civilians, including 11 children and injuring 97 others, including 32 children and 25 women.