An average of one child per day has been killed over the past year by violence in the northern Syrian province of Idlib, according to Save the Children, as a humanitarian crisis in the last opposition-held region of the country.

Entire towns and cities have emptied in the last month as some 300,000 people have fled a new Assad offensive to recapture the province.

The grim toll on children has shown no signs of slowing down in the new year. Since the latest round of fighting began in December, 36 children have been killed and more than 150,000 have been displaced, the charity said.

On Saturday, Assad warplanes and helicopters intensified bombardment on the demilitarized zone (DMZ) of Idlib countryside, killing 20 civilians, including Mohammed in the photo below among 10 children and injuring 97 others, including 32 children and 25 women, violating a ceasefire announced by Russia. 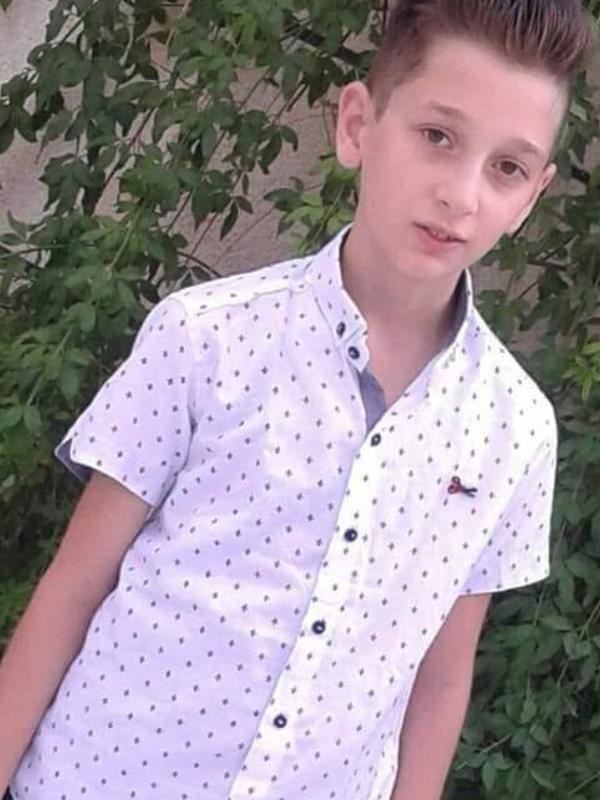 A week ago, Assad warplanes bombed a school, a mosque, and kindergarten in the city of Ariha in Idlib province, killing 12 civilians, including three children and a woman and injuring 25 others, including three women and six children.

Despite months of dire warnings from aid agencies and charities about a looming catastrophe in northern Syria, the worst-case scenarios for civilians appear to be coming true.

Harsh winter weather has piled misery on the thousands of families who have fled recent fighting and now have nowhere to go. Twelve displacement camps have flooded in the past few weeks, and rising fuel prices have made it extremely difficult for people to escape the cold.

“People gathered what they could of their belongings and left everything else behind,” said Obaida Dandoush, 33, an activist and a volunteer from the town of Kafranbel, who was displaced to Idlib.

“They headed to northern areas where it’s safer, many took shelter in the open air, farms, schools, mosques and under-construction buildings. They have no access to medical care, food or water. Their situation is catastrophic,” he told The Independent.

Hanin al-Sayed, 27, a journalist and activist from Maarat al-Numan who fled her hometown with her family in May last year and has been documenting the humanitarian crisis ever since, said the exodus of the last few weeks has been one of the worst yet.

“The other day there was a pick-up car in front of me, they’ve put whatever furniture they could carry, the mother was sitting on their furniture, crying, while carrying her daughter in her arms to keep her warm from the freezing cold. It was really heartbreaking,” she said.

“So many people couldn’t carry anything of their belongings as they didn’t have cars or vehicles. Many had to flee on foot. They’d wait by the roads for volunteers to pick them up.”

“Nobody should be subjected to such brutality,” she added.

Turkey’s Defence Ministry said Friday that it had agreed with Russia that a new ceasefire will be implemented in Idlib at midnight on 12 January. The move appears aimed at stemming the flow of displacement caused by the fighting.

Idlib is home to three million civilians who are trapped in the middle of the fighting with no way to escape. Residents hold regular demonstrations against both the Assad regime.

The immediate goal of Assad’s three-week offensive appeared to be taking Maaret al-Numan, which sits on the Damascus-Aleppo highway, in order to re-open the strategic road. It has been closed by the opposition since 2012.

Sonia Khush, Save the Children Syria response director, said: “Thousands of families have begun the new year trying desperately to escape violence with no destination in mind, fleeing with just the belongings they could carry. For many it’s not the first time they’ve had to do this.”

“Save the Children is calling on all parties to stop this war on children. The Syrian conflict must not be allowed to set the precedent for the violation of fundamental human rights and international laws, designed to protect vulnerable children, to become the new normal,” Khush added.

Based on the INDEPENDENT