اورينت نت
Syrian demonstrators took to the streets on Friday (January 3) in Idlib city center, chanting anti-Russia and Assad militia slogans and confirming the continuity of the Syrian revolution and condemning Assad and Russian bombardment on Idlib. 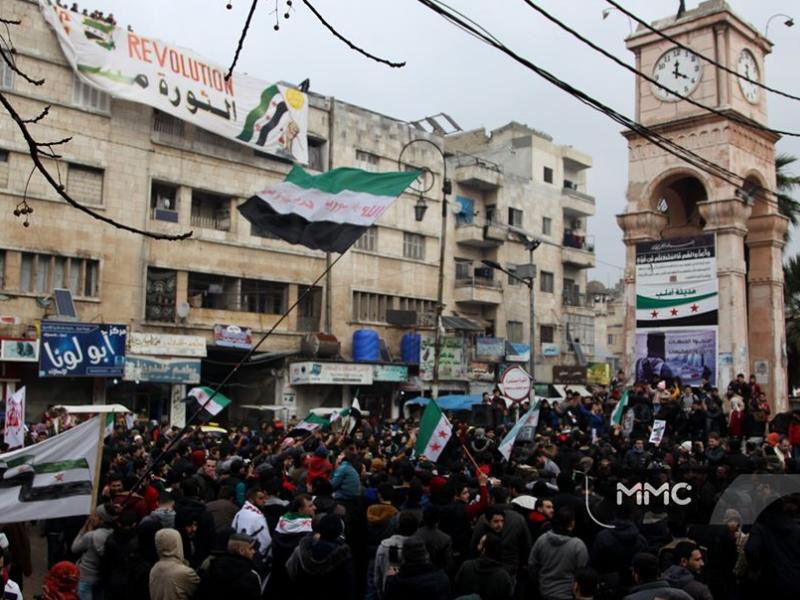 Last week, thousands of Syrian demonstrators and activists worldwide took to the streets in more than 50 cities and capitals worldwide chanting anti-Russia and Assad militia slogans and condemning Putin and Assad crimes in Syria. 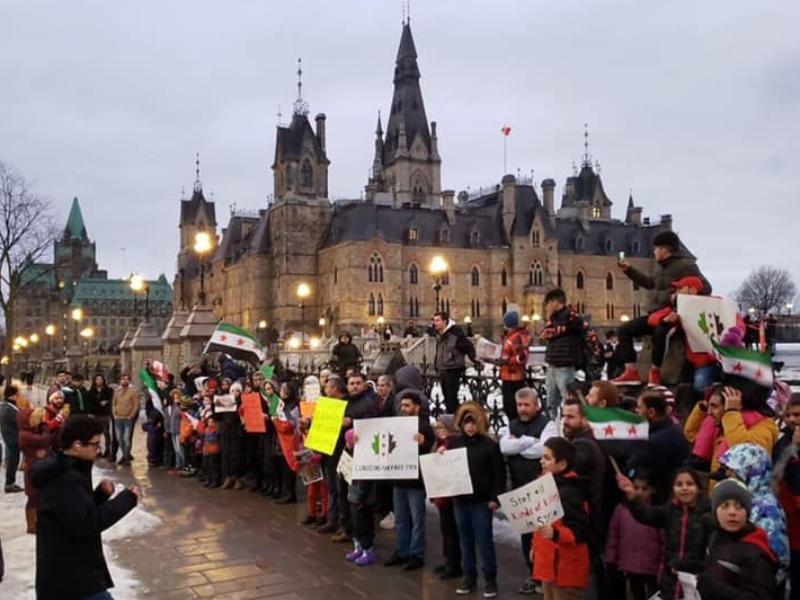