Thousands of Syrian demonstrators and activists worldwide took to the streets in more than 50 cities and capitals worldwide on Saturday and Sunday (December 29) chanting anti-Russia and Assad militia slogans and condemning Putin and Assad crimes in Syria, Orient correspondents and activists on social media reported.

The demonstrators in many cities carried photos, showing thousands of children killed by Russian warplanes and Assad militiamen in Syria, shouting “Putin is killer”.

They also sang the songs of the Syrian revolution and expressed their sympathy and support to the forcibly displaced persons from Maarat al-Nuaman city and nearby cities and towns in Idlib countryside.

In Germany, Syrian activists and German citizens demonstrated near the Russian embassy and consulates in the capital Berlin and several German cities, including Gothenburg, Frankfurt, Hamburg and Bonn, condemning the Russian occupation and Russian crimes in Idlib and assuring that Assad and Putin cannot finish the Syrian revolution. 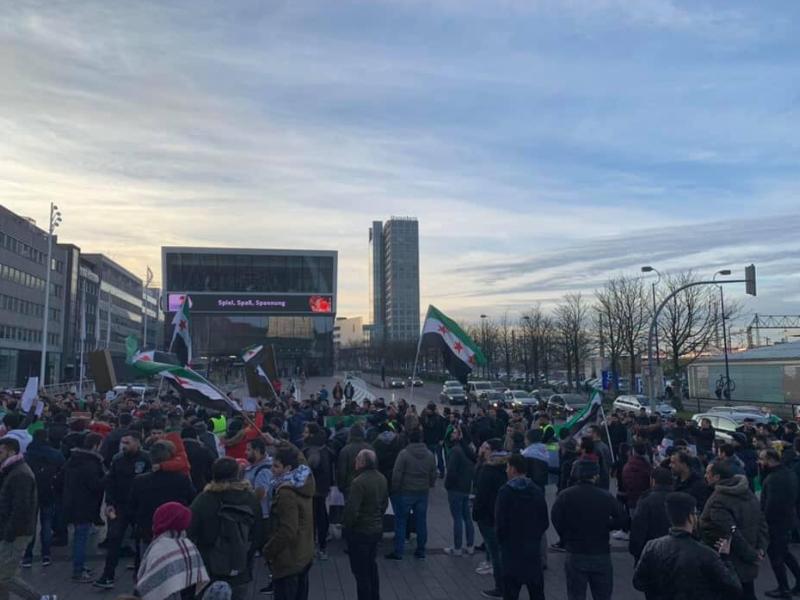 In UK, Syrian and British activists demonstrated in London and Manchester streets, confirming that the Syrian revolution is continuous until victory and assuring their support to Idlib. 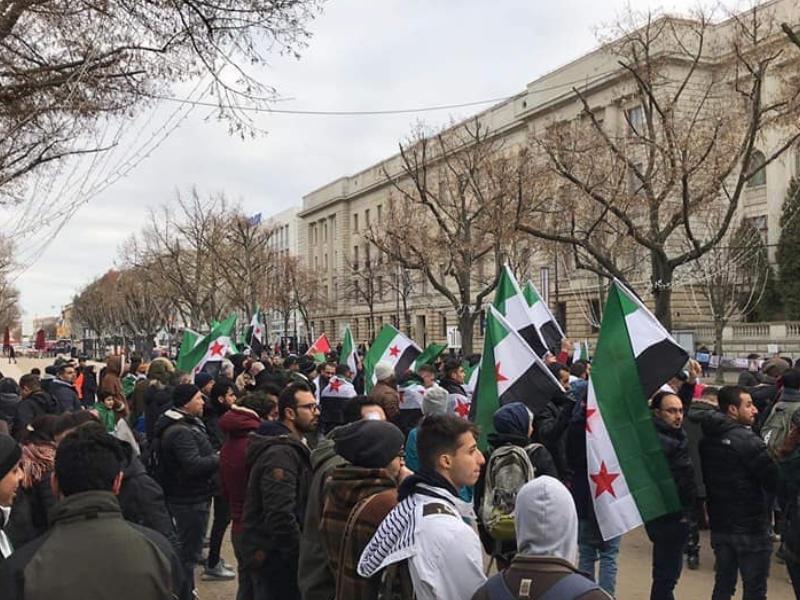 In France, Syrian activists and French citizens demonstrated near the Russian embassy and Russian consulates in the capital Paris and several French cities, including Marseille, Nancy and Lyon. 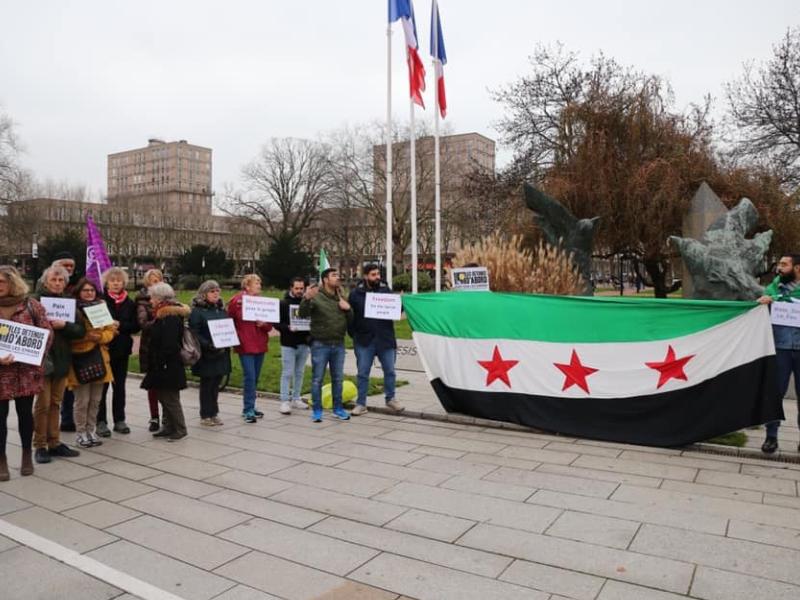 In Canada, the Syrian and Canadian activists demonstrated in Canada’s Toronto, Ottawa where a girl hold a placard which reads “Santa was prevented from delivering presents for children in Syria by Putin. Instead Putin and Assad sent them Bombs and explosive barrels”. 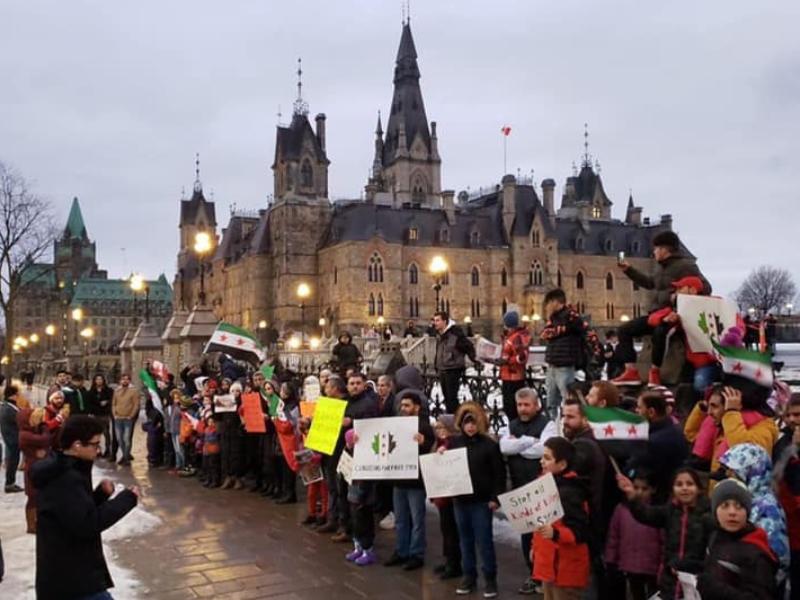 In Turkey, Hundreds of Syrian and Turkish demonstrators took to the streets near the Russian consulate in Taksim square in Istanbul, chanting anti-Russia and Assad militia slogans and condemning Putin crimes in Syria. 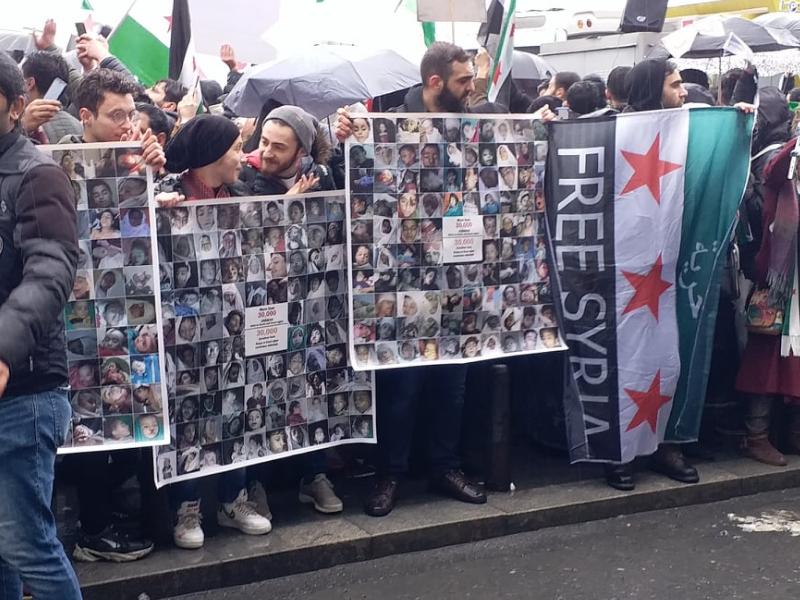 Similar demonstration were reported in the Turkish capital Ankara, and other Turkish cities including, Gaziantep and Adana, Bursa and Malatya. 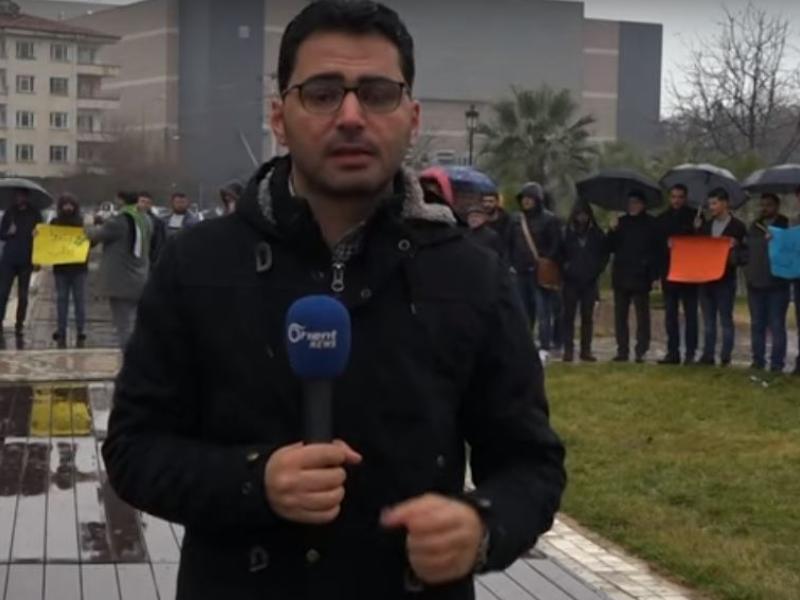 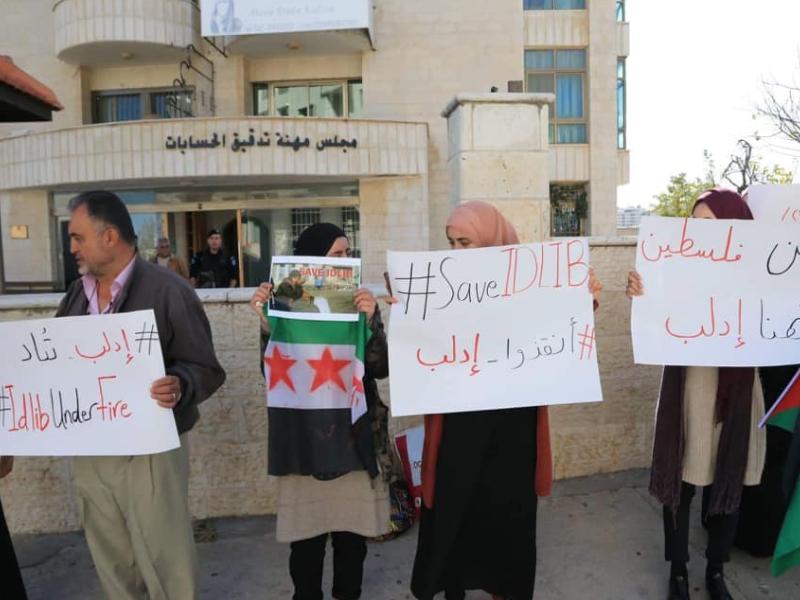 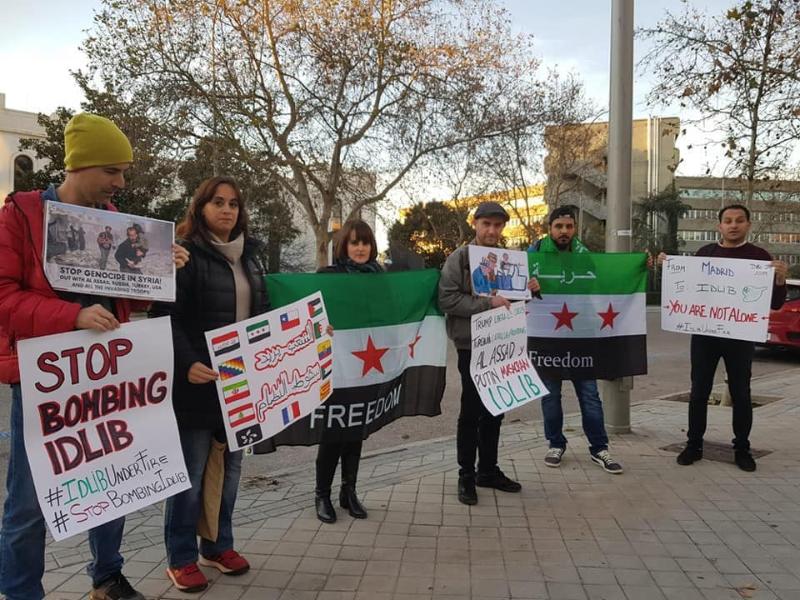 On Monday, Syrian activists protested Putin crimes in front of the Russian consulate in Sydney in Australia.