اورينت نت
More than 80,000 Syrians moved near Turkey’s border in the past five days following intense attacks by Assad regime and Russia on the Idlib de-escalation zone, according to a Syrian NGO on Friday (December 20).

Mohammad Halaj, director of Syria’s Response Coordination Group, told Anadolu Agency that more than 180,000 civilians were displaced since the beginning of November in Idlib due to the attacks.

He said Russia and the regime attacks hospitals, schools, mosques and houses to force civilians out of the city and keep them away from their homes.

Orient correspondent has spotted hundreds of vehicles heading from Maarat al-Nuaman city and surrounding villages and towns towards safer areas and towards the camps near the Syrian-Turkish border.

At least 70.000 civilians used to live in Maarat al-Nuaman city. 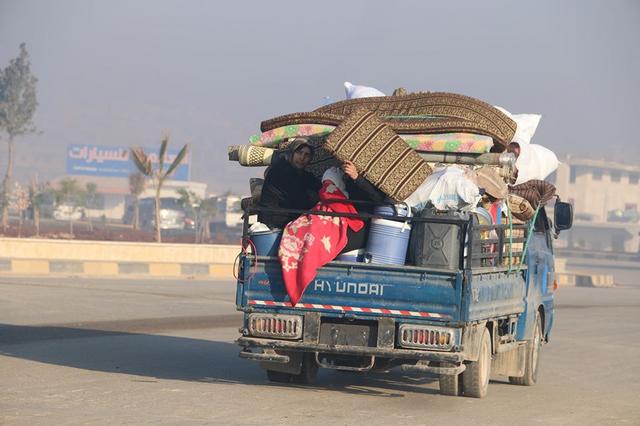 Assad warplanes targeted civilian homes in aldier al-Sharki village in the early hours of Saturday (December 21), killing three civilians , including a man and his wife.