Rainwater has flooded Internally Displaced Persons (IDPs) camps in Idlib and Aleppo, north of Syria, according to Orient correspondent..

Idlib countryside and Aleppo countryside witnessed has witnessed a rainstorm which damaged dozens of the scattered camps in northern Syria, especially IDPs’ camps in Atma and Sarmada near the Syrian-Turkish borders, Orient correspondent reported on Saturday (December 14).

Torrential rain and floods damaged 42 camps and displaced more than 5,500 families after their tents were destroyed, according to Syria’s Response Coordination Group. 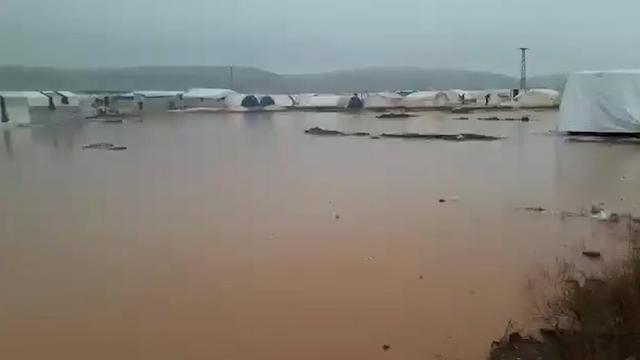 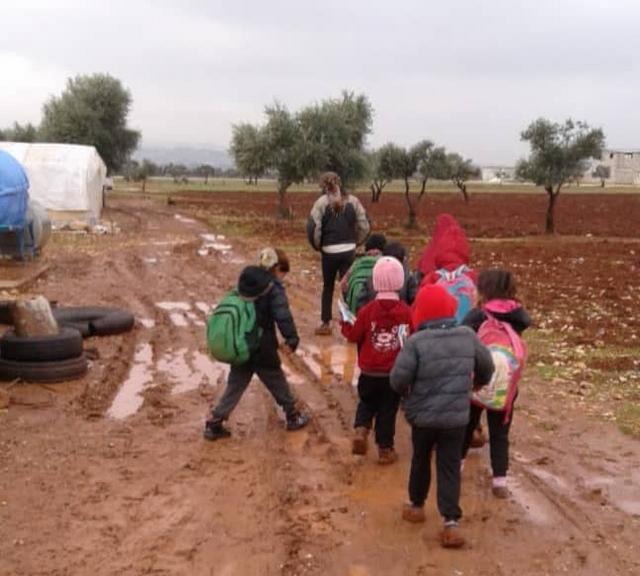 Orient correspondent has spotted dozens of vehicles heading from Idlib southern and eastern countryside towards safer areas and towards the camps near the Syrian-Turkish border, making use of the pause in the aerial bombardment of Idlib countryside due to weather conditions. 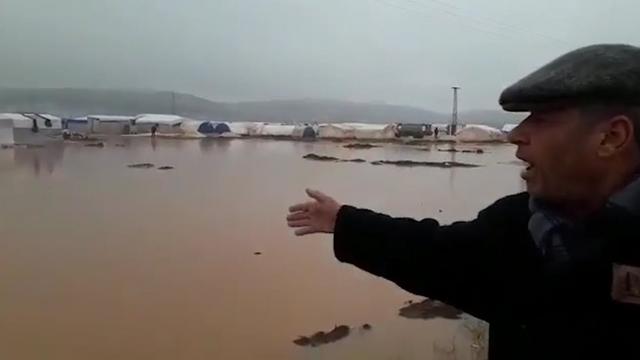 At least 22 civilians, including ten children were killed and others were injured last Saturday after Russian warplanes and Assad helicopters bombed Idlib countryside.