PKK-affiliated media outlets showed pictures of what they claimed PYD fighters killed in the last few days by the Syrian National Army in the city of Malikiya in Hasaka countryside.

Thousands of locals gathered in front of the Hoker Hospital to attend the funerals without identifying the destination or the place of the burial. 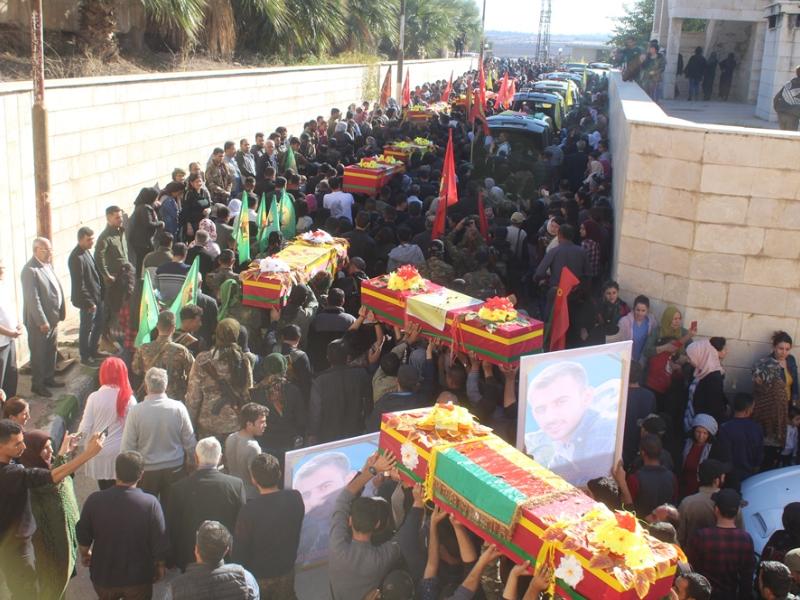 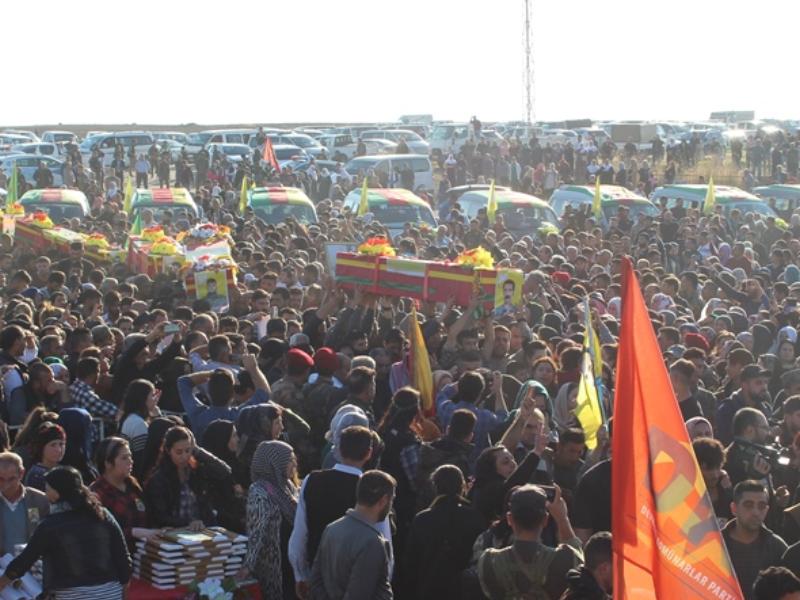 The Turkish Defense Ministry said on Sunday (Nov 11) the PKK/YPG "terrorists" in northern Syria continued to violate the safe zone deals that Turkey hammered with the US and Russia,

“While the Turkish Armed Forces shows full compliance to the existing agreement for the facilitation of the Peace Corridor, PKK/YPG terrorists continue their transgression in the area of Operation Peace Spring, carrying out 16 rocket and mortar attacks in the last 24 hours,” the ministry said on Twitter.

Turkey launched Operation Peace Spring on Oct. 9 to eliminate the YPG/PKK from northern Syria east of the Euphrates River in order to secure Turkey’s borders, aid in the safe return of Syrian refugees, and ensure Syria’s territorial integrity.

On Oct. 22, Turkey and Russia reached a deal under which YPG/PKK  would pull back 30 km (18.6 mi) south of Turkey’s border with Syria, and security forces from Turkey and Russia would mount joint patrols there.