Scores of people were injured in Hong Kong during a chaotic weekend of anti-government protests that left one man in a critical condition, authorities said on Monday (November 4), as China called for a tougher stance to end months of unrest.

Riot police stormed several shopping malls packed with families and children on Sunday, following one of the worst days of violence in weeks as police fired tear gas, rubber bullets and a water cannon at crowds of black-clad demonstrators across the Chinese-ruled financial hub on Saturday. 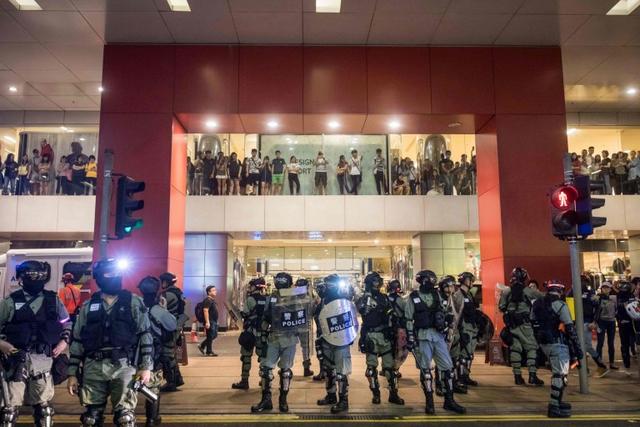 In one bloody incident outside a mall in the eastern suburb of Taikoo Shing on Sunday, a man with a knife slashed several people and bit off part of a politician’s ear.

The wounded included a man believed to be the knife-wielder, whom protesters had beaten with sticks. Police said they arrested three men involved, including the suspected 48-year old assailant.

The city’s Hospital Authority told Reuters one person was in a critical condition, with two others serious, among a total of 30 injuries from Sunday alone. Local media reported a life-threatening injury was sustained by a male student who fell from a height, but details of the incident remained unclear.

The head of the boy’s university called on authorities to investigate the matter in a heated dialogue with students on Monday evening.

Twelve police officers were also injured during weekend clashes, with more than 300 people ranging from 14 to 54 years of age arrested between Friday and Sunday, police said.

While Hong Kong and its many businesses function normally during the week, many protests have sprung up spontaneously at weekends over the past five months.