The demonstrators demanded the expulsion of the Assad and Iranian militiamen from their villages and towns east of the Euphrates.

They also expressed their rejection of Assad regime and Iranian regime’s militias attempt to control or enter their villages and towns in Deir ez-Zoor countryside. 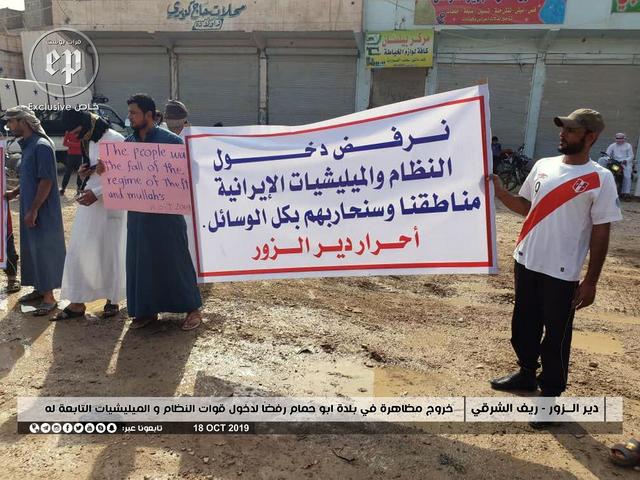 Last month, at least two civilians were shot dead in Deir ez-Zoor countryside as Assad militiamen clamped down on a peaceful demonstration.