Paramedics and emergency teams were dispatched to Taslıca Village, located across the border from Syria. 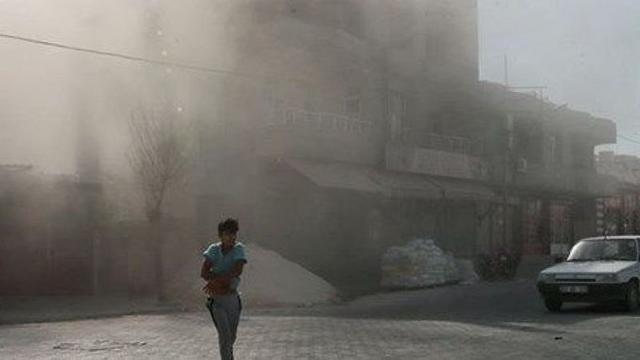 President Recep Tayyip Erdogan said Monday that more than 700 mortars have been launched into the country by the YPG, killing 18 civilians and wounding nearly 200 others, since Operation Peace Spring began.

Last Thursday, seven civilians, including four Turkish children and a Syrian baby were killed in border districts of Sanliurfa and Mardin provinces by PKK mortar and rocket attacks coming from across the border.

Turkey launched Operation Peace Spring, the third in a series of cross-border anti-terror operations in northern Syria targeting terrorists affiliated with ISIS and the PKK's Syrian offshoot the YPG, on Oct. 9.