اورينت نت
Hundreds of mask-wearing pro-democracy protesters marched through Hong Kong’s central business district at lunchtime on Friday (October 11), occupying a main thoroughfare and disrupting traffic as the city braced for another weekend of turmoil.

Chanting calls for their core demands and denouncing what they see as police brutality, the crowd peacefully occupied streets in the financial district, home to some of the world’s most expensive real estate, before dispersing. 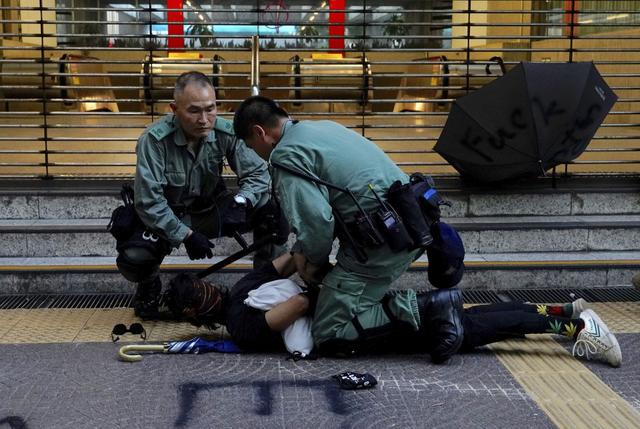 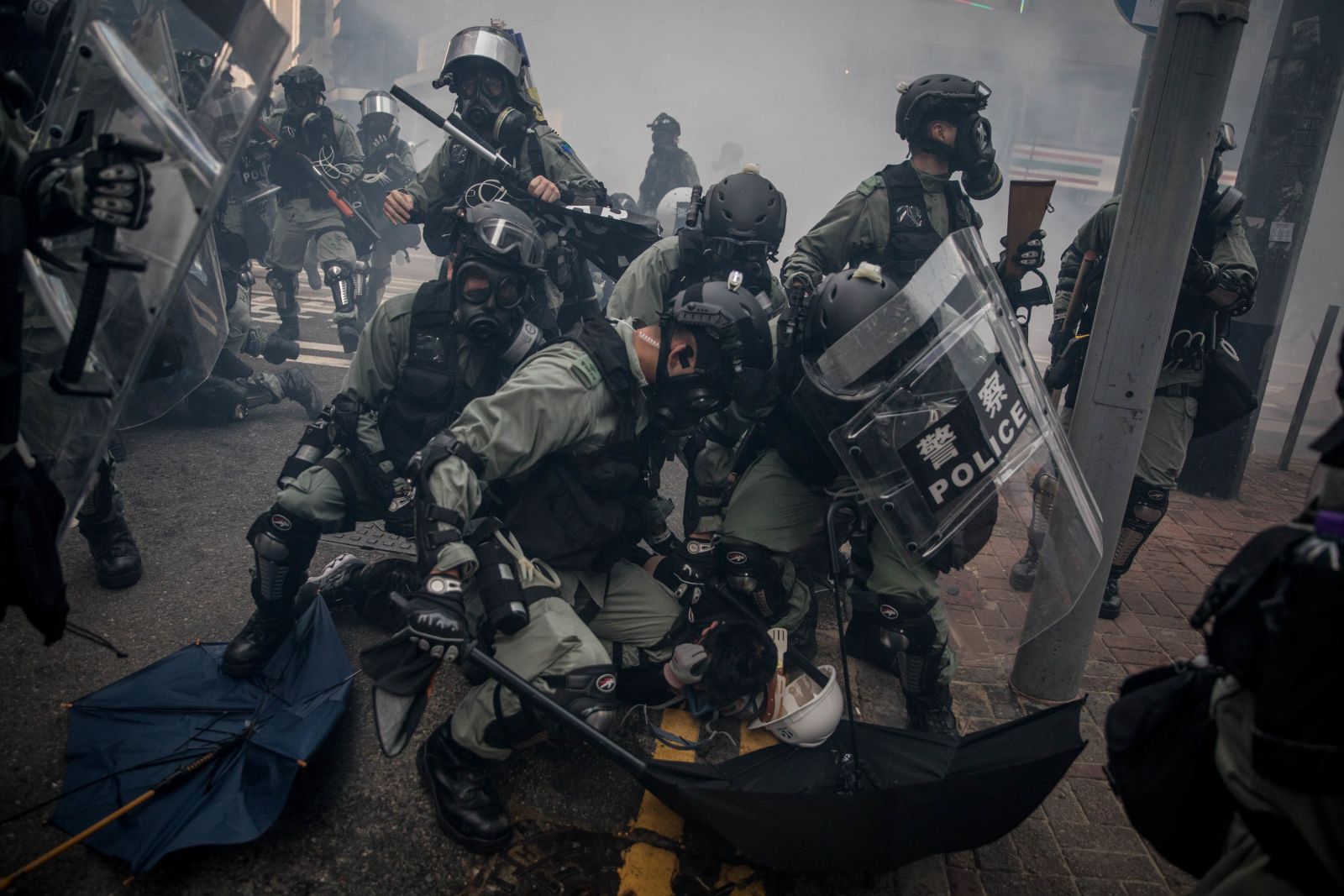 Hong Kong’s metro operator had opened all stations in the morning for the first time in a week ahead of another round of anti-government protests, while the city’s legislature began its first session since protesters stormed the building in July.

Metro operator MTR Corp, whose network carries about 5 million passengers a day, said all lines would shut at 10 p.m. (1400 GMT) on Friday, more than 2 hours earlier than usual so more repairs could be carried out after protesters torched or trashed stations across the city.

Many stores and businesses have had to shut early due to metro closures, putting another burden on the city’s faltering economy as it faces its first recession in a decade.

Protesters have targeted the MTR because it has been blamed for closing stations at the government’s behest to contain demonstrations.

The normally efficient system shut down completely last Friday following arson attacks and has operated only partially since then.

Pro-establishment and democratic lawmakers shouted at each other before the beginning of the session, underscoring the tension and divisions in the Asian financial hub after four months of often violent pro-democracy protests.

Some lawmakers wore black masks as they sat in the chamber, while others carried placards reading: “Police brutality still exists, how can we have a meeting?”

The wearing of face masks was banned under colonial-era emergency powers invoked by embattled Hong Kong leader Carrie Lam a week ago.

The protests have plunged the city into its worst crisis since it returned from British to Chinese rule in 1997, posing the biggest popular challenge to Chinese President Xi Jinping since he came to power in 2012.