اورينت نت
A number of Australian media outlets have shed light on the recent projects of Ghassan Aboud Group in the country. The Age, Frez News and the Australian have published news reports covering the activities of GA Group, highlighting Aboud’s new $45 million investment in Byron Bay resort. 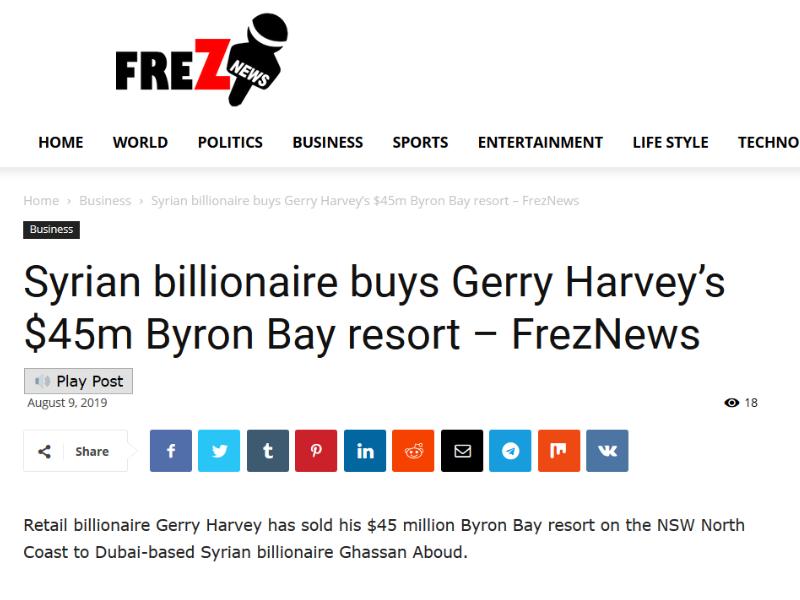 The owner-operated Byron at Byron Resort & Spa, jointly owned by Mr Harvey and Harvey Norman Holdings, was opened on more than 18 hectares of subtropical rainforest in 2005.

Mr Harvey listed the 92-suite resort for sale in May with a hope of fetching between $40 and $50 million and selling agent Wayne Bunz said he expected a "number of world-renowned leisure brands" to make a bid for the property.

“Acquiring a land parcel and gaining the necessary approvals to build this type of asset in Byron Bay is notoriously difficult, and approvals of this nature may never again be repeated in the area,” Mr Bunz said at the time.

It was an attractive prospect for entrepreneur Mr Aboud, who has acquired a string of east coast tourism enterprises through his UAE-based GA Group in the past three years.

Mr Aboud reportedly became enamoured with tropical North Queensland while on holidays in 2016 and has since heavily invested in hospitality projects in the region – despite not owning a hotel in the UAE.

His hospitality arm the Crystalbrook Collection aspires to a $1 billion portfolio of hospitality and real estate assets in Australia.

Its first purchase was a far north Queensland cattle station in 2016, which now provides beef for a "farm to table" dining experience across the network's restaurants. 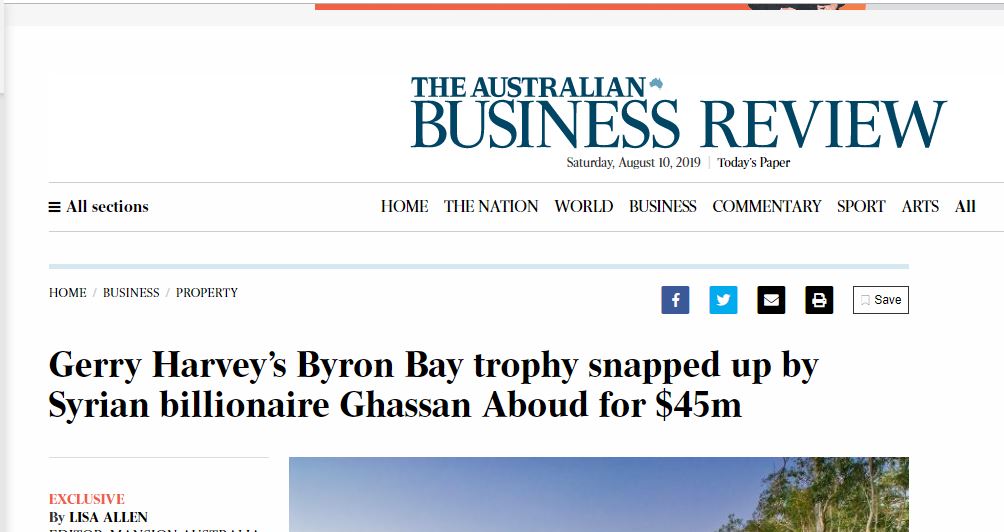 Mr Aboud's three luxury resorts since developed in Cairns include the north Queensland capital's first five-star hotel in 20 years, while a Port Douglas yacht marina and the 35-room Little Albion guesthouse in Sydney's Surry Hills round off his portfolio.

The Byron at Byron Bay Resort will bolster his east coast assets when the sale contract is complete on September 16.

Mr Aboud was ranked 16th on Forbes' Arab billionaires list in 2019 with an estimated wealth of $1.75 billion. His Dubai-based car export business, founded in 1995, now has annual turnover of more than $2.64 billion.

Link to the original sources of the Age, Frez News and the Australian .