“The Syrian people want to overthrow the Assad regime and its militias,” “the revolution is continuous,” and “Ariha is burning,” the graffiti slogans read on the walls of public buildings. 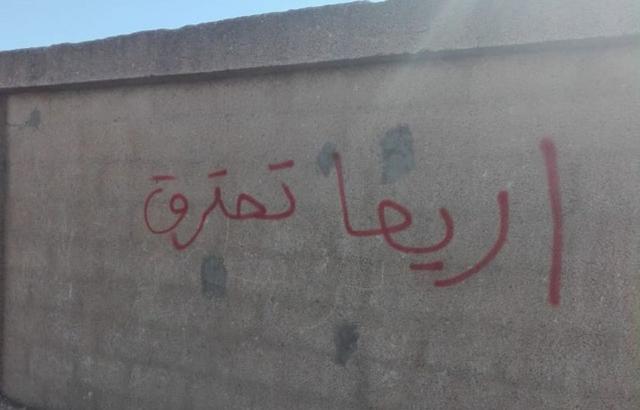 In March, anti-Assad slogans were written on the walls in several towns and villages including, Busra al-Harir, al-Karak, al-Mataaiya and Nasib.