A motorbike bomb exploded in a car wash in Akhtarin town, killing a civilian and injuring six other civilians. 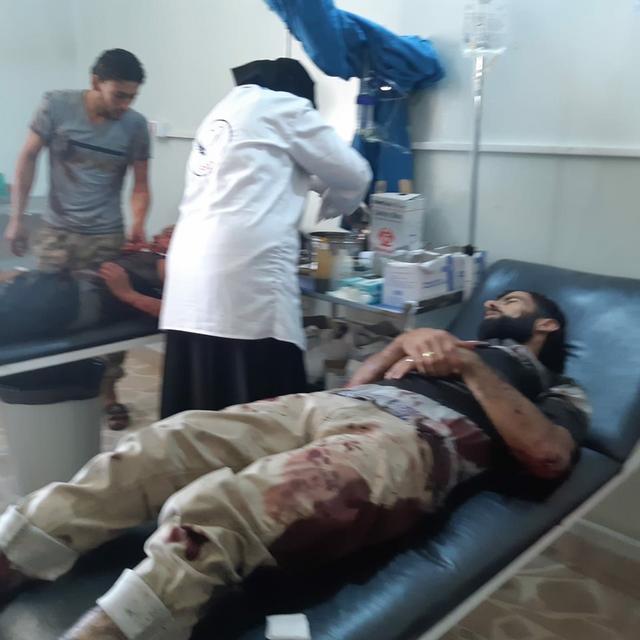