The International Committee of the Red Cross warned of the extreme difficulties facing those left behind after the last vestige of ISIS’ self-proclaimed caliphate collapsed in northeastern Syria in March.

Around 100,000 people in al-Hol and surrounding camps, "are kept in a kind of legal limbo in an unstable place, in a disputed area", Fabrizio Carboni, who heads the ICRC's Near and Middle East operations, told reporters in Geneva.

"One hundred thousand people who spent the last months, if not years, under the bombs, starved, wounded, sick, traumatised," he said, adding: "It is just apocalyptic."

The Red Cross is one of the main humanitarian organisations providing assistance inside the overfilled al-Hol camp, which is housing more than 70,000 people, including more than 11,000 family members of suspected ISIS militiamen from dozens of countries.

The issue of whether to repatriate nationals who are family members of suspected jihadists has been a thorny one for Western nations, which have experienced attacks by homegrown extremists and have little interest in seeing more return.

Britain has gone so far as stripping ISIS members of citizenship, while France has said it will only repatriate children and evaluate cases individually.

"Our position is to say to states ' take your nationals back'," Carboni said, condemning the stigmatisation of people, especially children, and efforts to create "categories of good victims and bad victims".

"As if kids can be something else than just victims."

Carboni said two thirds of the residents in al-Hol were children, mainly under 12, insisting it was unconscionable to leave them there.

"You don't leave kids in the middle of nowhere exposed to extreme heat, extreme cold, violence," he said.

He warned that countries needed to recognise that "at one stage there will be a price to pay," and that if they put off dealing with this issue, "it is going to be higher". 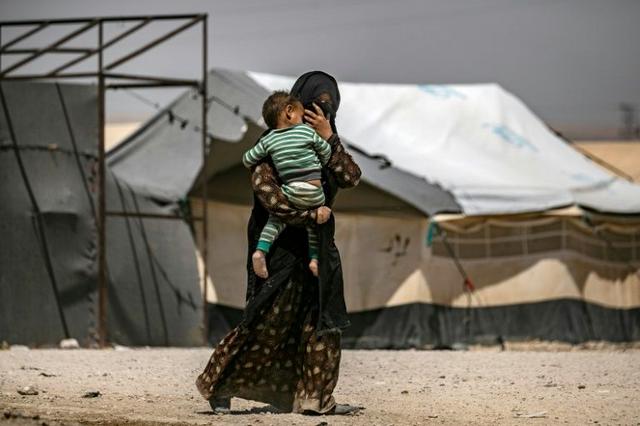 ICRC, which runs a field hospital in al-Hol, provides food, water and builds latrines, is doing its best to address the needs of the people stuck in a desperate situation in and around the camp, Carboni said.

He acknowledged that for many countries, repatriating family members of suspected jihadists is "politically toxic” but urged government to take responsibility.

Some of the countries which today are reluctant to bring home children in al-Hol "have for decades defended (the principle) that kids are victims and cannot be considered as combatants", he said.

Their foot-dragging on the issue today, he said, "doesn't look good".