Survivor Syrian woman: 'I did not see the sun for year' - أورينت نت

Survivor Syrian woman: 'I did not see the sun for year' Khadija Ahmad, who was arrested by the Assad regime in Syria along with her four friends, cannot forget the tortures she has been subjected to in the Assad regime’s underground prison.

The 38-year-old survivor was detaines four years ago in Damascus for allegedly providing weapons to the opposition with her friends. She was released a year later after none of the charges could be proven against her.

“It was pitch dark in there. They would turn on the lights only when the beatings and torture would start," she said, adding that she was also subjected to electric shocks.

“I did not see the sun for a year, I was subjected to all kinds of torture in the underground prison. Those were the most painful days of my life,” she said.

Khadija said that she saw her friends who were arrested with her for two weeks, but never heard from them again.

"The darkness doubled the pain, and the distance from my friends had shattered all my hopes."

The prison was located six stories under the ground.

"They let me go when I was proven innocent. But I couldn't open my eyes for a long time after I came out."

She misses her friends who were arrested with her.

“My thoughts are always with my friends. We don't even know if they're alive. I hope we will not be subjected to pain like this again. I hope the pain my country is facing right now will go away.”

Khadija, her husband and their child moved to an internally displaced persons (IDP) camp in Syria's Idlib after her release to start a new life. But their happiness was short-lived. Her husband lost his life in a regime air strike. 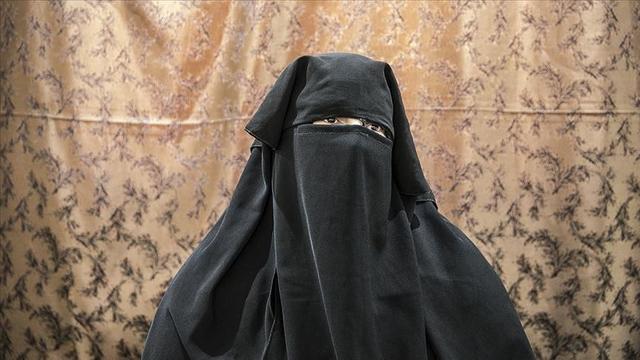 The Syrian Network for Human Rights (SNHR) documented the death of 951 individuals at the hands of Assad regime militias in 2018, including 11 children and two women.

According to the International Conscience Movement, an NGO, more than 13,500 women have been jailed since 2011, while more than 7,000 women remain in detention, where they are subjected to torture, rape and sexual violence.