A Syrian activist started last month a hunger strike in front of the UN headquarter in Geneva, demanding for a halt to the bombing of civilians by the Russian air force and Assad regime.

In a message towards the international community, Brita Hajji Hassan, a Syrian activist and the former Head of Free Aleppo Governorate council decided to go on hunger strike, demanding for a halt to the bombing of civilians by the Russian air force and Assad regime and the protection of civilians.

Engineer Brita, an ex-detainee of the Assad regime, is on his 24th day of hunger strike, protesting the international indifference in protecting Idlib from the ongoing massacres.

Brita's health condition deteriorated yesterday, and he was assessed by emergency services. Even though, he will continue his hunger strike. 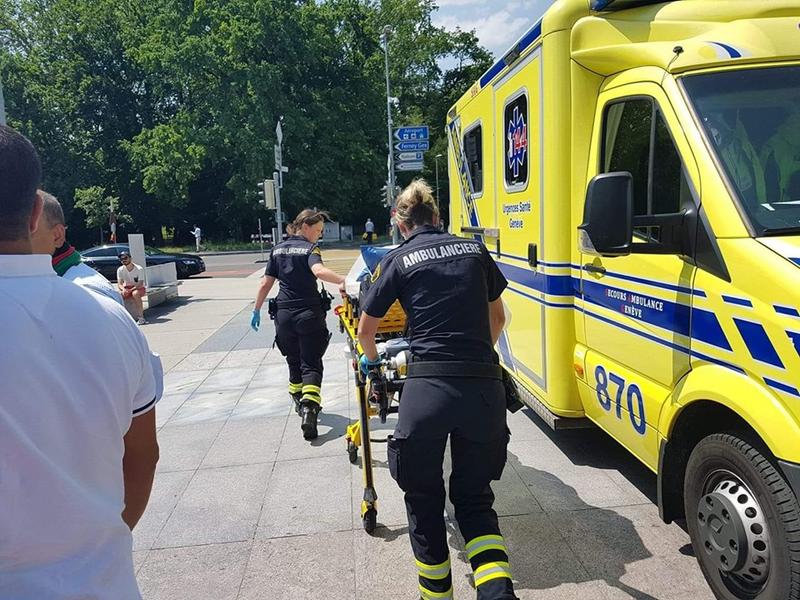 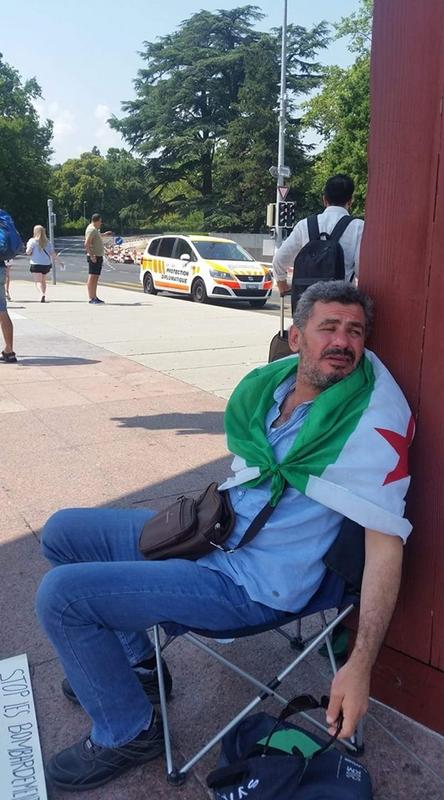 Several other activists have recently joined Brita’s cause.

White Helmets volunteers expressed support to Brita “We stand with all those who go the distance in seeking human rights and protection for Syrians and for all innocents,” White Helmets said.

“To Brita Haji Hassan and all those who aspire to justice for Syria despite their own sacrifice, stay strong, we are with you,” White Helmets added. 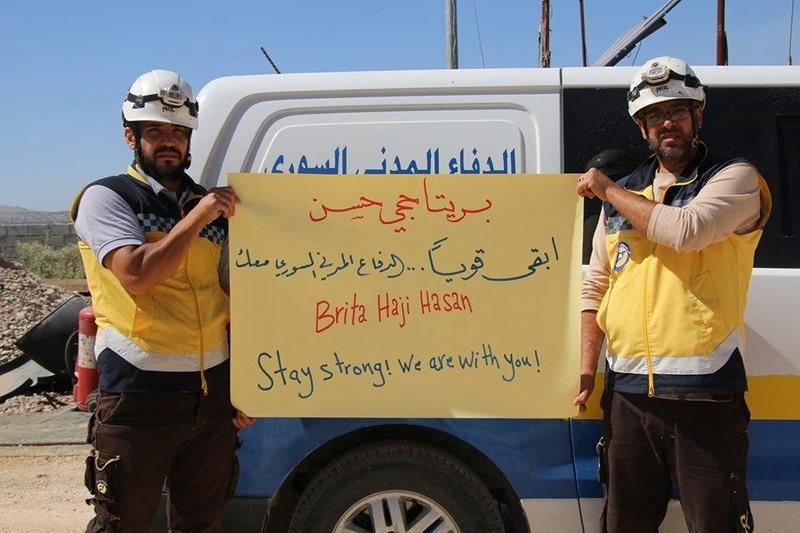