Anti-Assad slogans were written Sunday (March 17) on the walls in the towns and villages in Daraa countryside, Orient correspondent reported.

The anti-Assad slogans were written on the walls in several towns and villages including, Busra al-Harir, al-Karak, al-Mataaiya and Nasib.

“The Syrian people want to overthrow the Assad regime,” “the revolution is continuous,” and the famous hashtag “it will fall” the graffiti slogans read on the walls of public buildings. 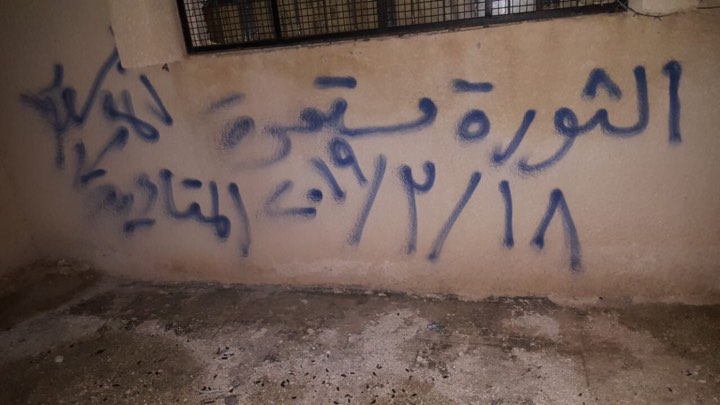