Thousands of demonstrators took to the streets today in north of Syria on the 8th anniversary of the Syrian revolution, chanting anti-Russia and Assad militia slogans and confirming that the resistance is their choice against the continuous offensive launched on Idlib by the Assad militias.

The anti-regime protests took place in Idlib city and in Idlib countryside’s cities and towns, including Kafr Nabl, Harem, and Binnish.

The demonstrators asked the international community to force Assad regime to release the detainees.

Similar anti-regime demonstrations took place in ِal-Bab, Azaz and as-Safira cities in Aleppo countryside where the demonstrators said they aimed to show solidarity with their fellow Syrians in Idlib.

Significant participation of women and children was noted in Azaz demonstration. 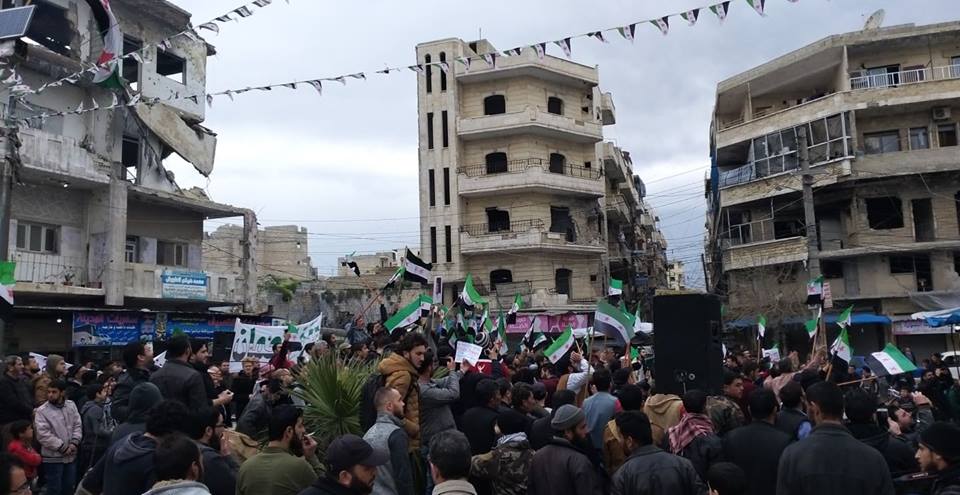 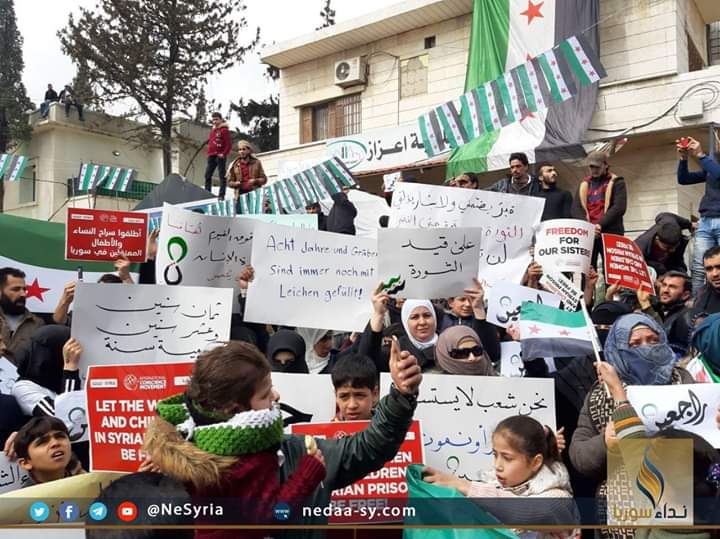