Thousands of demonstrators took to the streets on Friday (March 8) in Aleppo countryside, calling for the immediate release of women detainees at the Assad regime’s detention centers.

On the International Women’s Day (IWD), the demonstrators in several cities, towns and villages in Aleppo countryside, including Azaz, al-Bab, Bizaah and Khan al-Asal stood in solidarity with women in Assad detention centers, calling for the release of detainees at the Assad regime’s centers, especially women and children.

Friday’s demonstrations were organized in support of the Conscience Movement, an alliance of individuals, rights groups and organizations who demand the release of women and children from the jails of Assad regime.

The demonstrators asked the international community to force Assad regime to release the detainees in its prisons.

A child raised a placard which read: “On the International Women’s Day, where is my mother?, where is my sister?”

Other demonstrators raised the names of their relatives and the year at which they were arrested.

According to the Conscience Movement, more than 13,500 Syrian women have been incarcerated since 2011, while more than 7,000 women remain in detention where they are subjected to all forms of torture. 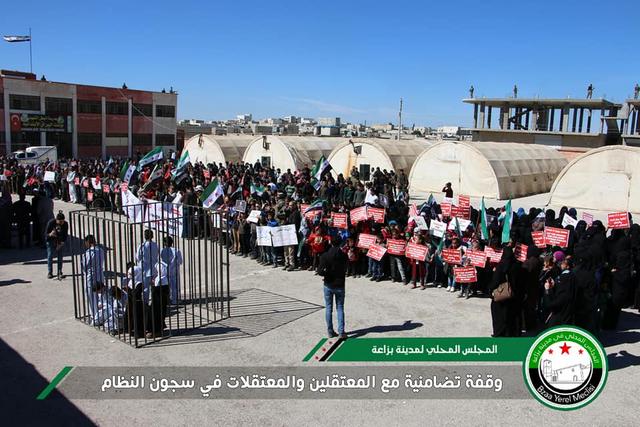 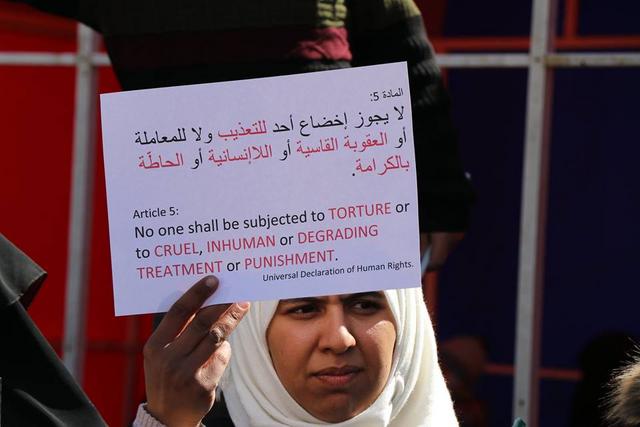 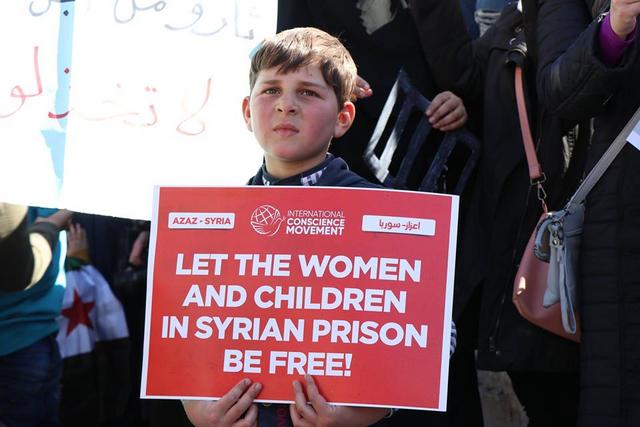