Syrian in Aleppo countryside staged on Friday (March 8) a sit-in in solidarity with the Syrian women detainees in the Assad regime’s centers.

On the International Women’s Day (IWD), the demonstrators in Khan al-Asal town stood in solidarity with women in Assad detention centers, calling for the release of detainees at the Assad regime’s centers, especially women and children.

The demonstrators asked the international community to force Assad regime to release the detainees in its prisons, chanting “free the detainees.”

A child raised a placard which read: “On the International Women’s Day, where is my mother?, where is my sister?”

Activists say thousands of families have learned of the deaths of their loved ones since Assad regime started to release lists of the tortured-to-death detainees to civil registries around the country. 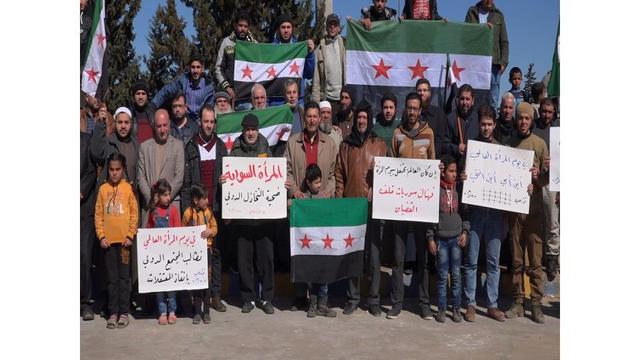 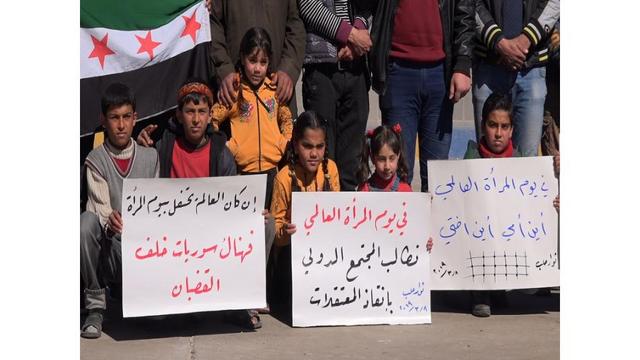