Thousands of civilians were forcibly displaced from Hama countryside as the Assad regime continues its bombing campaign of the opposition held areas, Orient correspondent said.

More than 70% of the civilians have left Qalaat al-Madiq town and the al-Ghab plain towards opposition held areas in northern Syria, and towards the towns and camps near the Syrian-Turkish borders, Orient correspondent added.

A local citizen told Orient correspondent that he has neither money nor a vehicle that enable him to leave his town towards safer areas.

Assad militias targeted on Sunday and Monday civilian homes in Qalaat al-Madiq town within the demilitarized zone of Hama countryside with more than 200 artillery shells and rockets, destroying civilian homes.

Hama countryside is within the de-escalation zones reached in Syria by the three guarantor states; Russia, Turkey and the Iranian regime.

The Syrian Network For Human Rights (SNHR) said that nearly 670,000 Syrian citizens were subjected to forced displacement in 2018, including 134,000 who were forcibly displaced as a result of agreements and truces which contravene international humanitarian law. 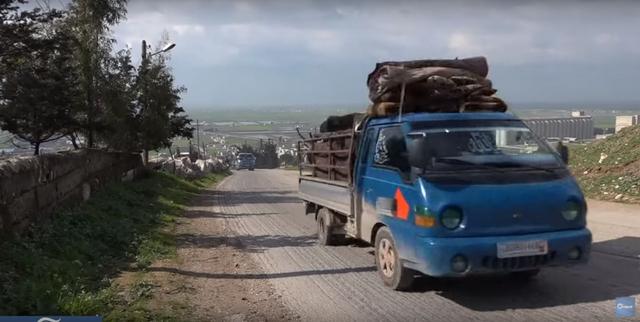