Thousands of Syrian took to the streets on Friday (August 31) to show support and solidarity to Idlib, protesting against the UN Syria Envoy Staffan de Mistura’s statements in which he called for opening safe corridors to evacuate civilians, the statements which were understood by Syrians as a green light for Assad regime to launch a major offensive on the opposition-held stronghold. 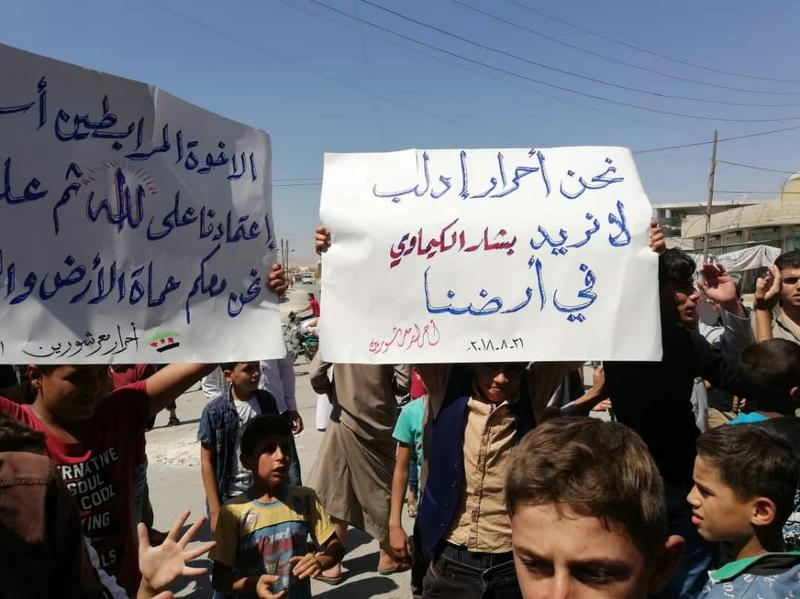 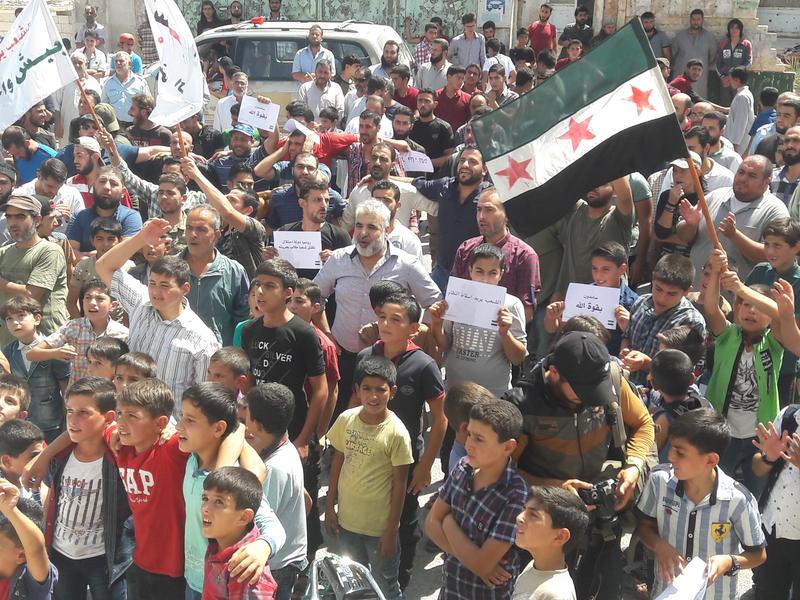 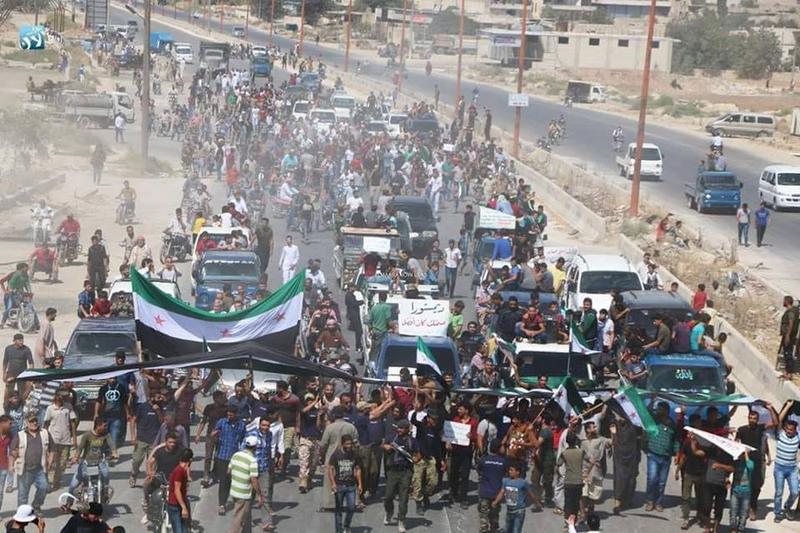 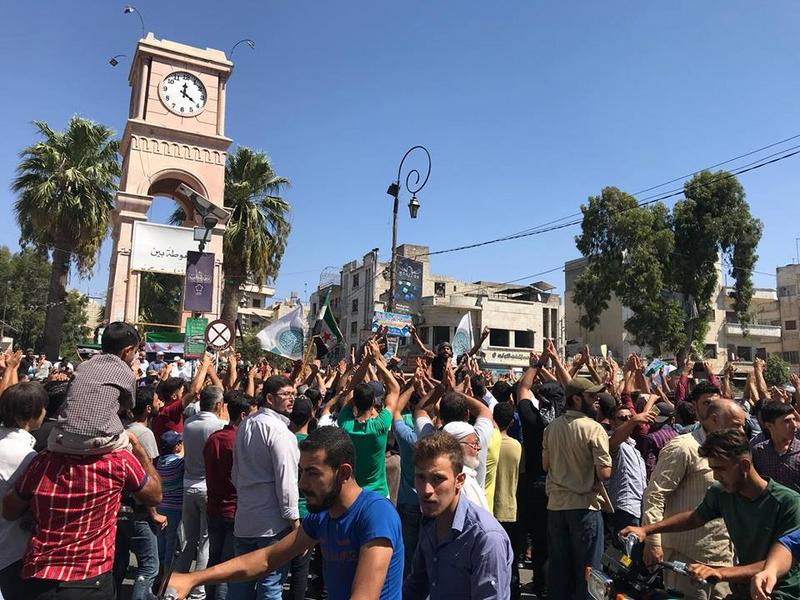